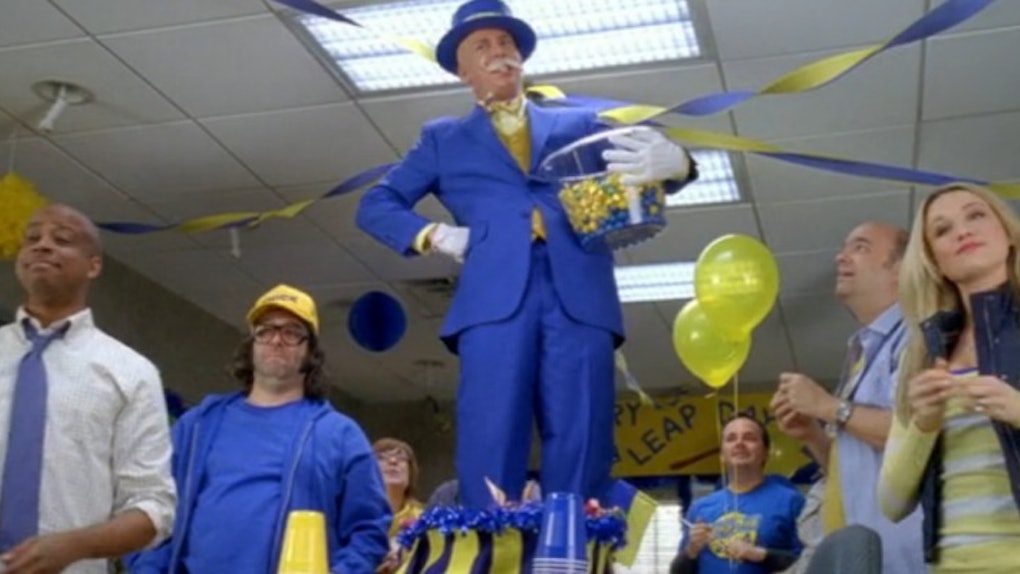 Every four years, the world is blessed with an extra day at the end of February, because even though time is a social construct, we still haven't figured out a way to make every year the same.

Considering it only happens every four years (and also considering I was in college four years ago and don't remember a lot from that time), I'd forgotten that Leap Day was such a big deal until the Internet kept talking about an episode of "30 Rock" I'd also forgotten.

This probably has something to do with the fact that I also watched "30 Rock" back when I was in college.

However, based on the person I encountered today who showed up at the building I was in for an interview scheduled for March 1st, February 29th is just not everyone's best day.

This might be a joke, but there's a chance there's at least one person out there who has to deal with this.

It turns out you might have been having a terrible February 29th all day long and not have even known it.

This is really the only reason I can think of to buy an Apple Watch.

BUT AMY ADAMS SAID IT WOULD WORK!!!

You might think your little joke isn't hurting anyone, but you forgot about all of the six-year-olds who are somehow allowed to purchase alcohol.

Thought you'd be able to make it out of this without an easy joke about Mondays? Think again!

Oh. Well then. I don't think anything is going to top this.