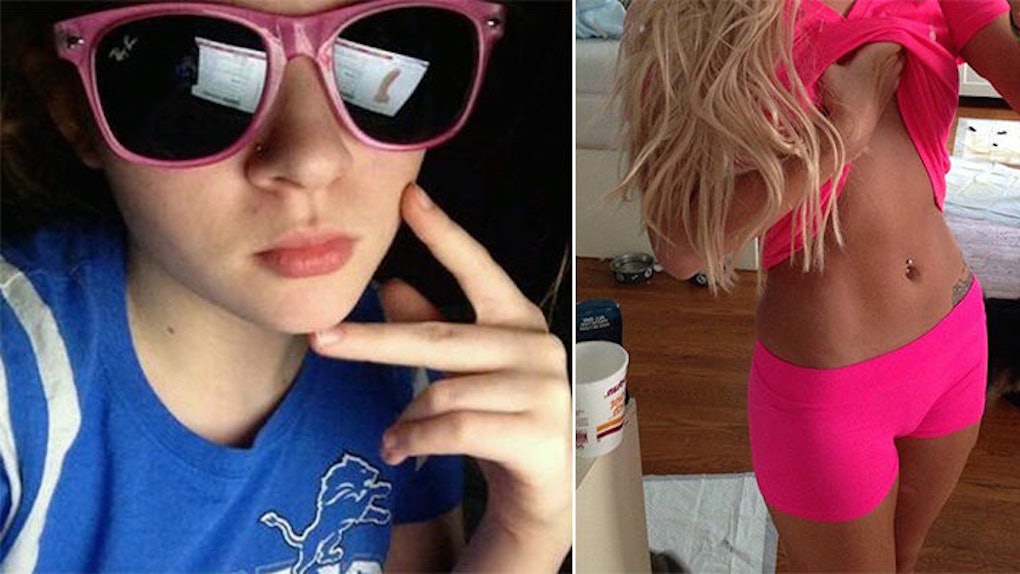 Today is Friday the 13th, the one day of the year when the people who can't leave their apartment without reading their horoscope get to blame their clumsiness and misfortune on the mysterious powers of the universe instead of themselves.

I don't personally believe in superstitions, but I do know someone who got drunk, punched a mirror and had to endure seven years of therapy to repair the tendons he destroyed, so I'm willing to admit some of them may have merit.

That story is completely made up, but it does serve as a convenient segue into my next point: A mirror can still bring you bad luck even if it isn't shattered into a thousand pieces.

The Internet is filled with examples of unfortunate reflections in pictures taken by people who are more concerned about themselves than their surroundings, so I sifted through the awkwardness to find some of the most painful examples.

Some of these images are NSFW, but I've taken the liberty of obscuring any offensive body parts with the most appropriate emoji I could find.

Unfortunately, I couldn't track down a "before" picture to see what she looked like before she lost a couple of pounds.

People do weird things during a full moon.

He's probably wondering where she bought that belt.

He looks very engrossed in whatever he's reading.

At least the woman in the last one still had some clothes on.

Nothing says "sexy" like a whole bunch of dog turds on the floor.

We can all agree one of the biggest problems with real estate photos is a lack of naked people. This probably boosted the value of the home.

I thought she'd be a Packers fan.

At least she hid her face.

I'm not going to judge her on her parenting. Maybe her daughter takes really good pictures -- just not this one.

Twist: His prom date is the one taking the picture.

Last but not least, I can't put together a post about embarrassing reflections without acknowledging one of the all-time greats.