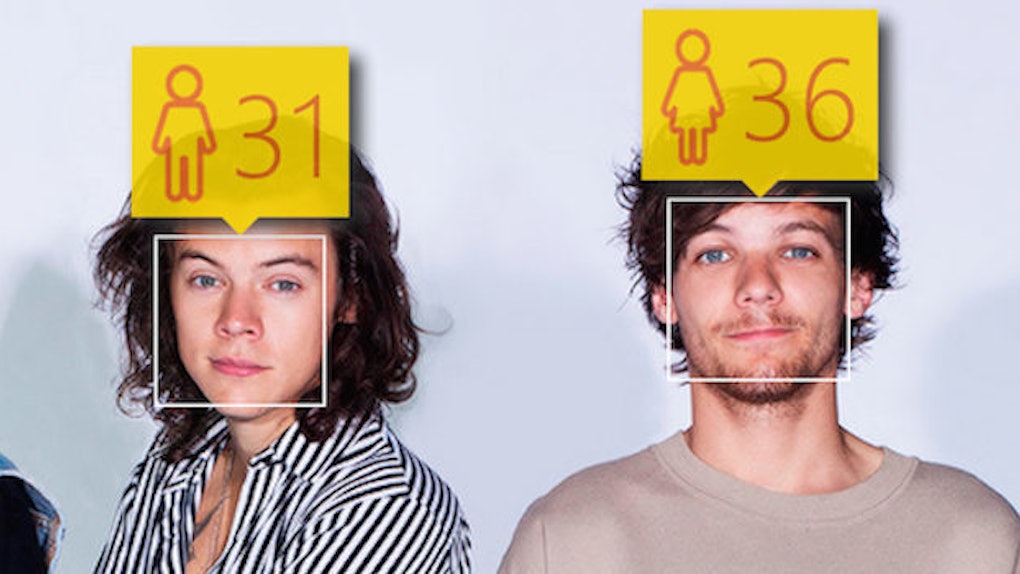 Yesterday, the people of the Internet did what they do every other day: they became suddenly and massively obsessed with something completely stupid.

Earlier in the week, it was that thing that makes you into a creepy dancing cartoon, and yesterday, it was a Microsoft app that just sucks at guessing your age.

Who knew that in order to go viral, you just had to make something that didn't work, but also satisfy people's desires to have people look at them? Actually, of course that went viral.

Anyway, let me take you through it. Here is a short history of the How Old Robot:

Most people just used the app to share pictures where they thought they looked good...

...whether the app was accurate or not.

But then, people began experimenting.

Zayn leaving One Direction has really taken its toll.

A moment of silence for Zayn... OK, MOMENT OVER! KEEP READING!

It thought I was as old as Jesus and that fake Mozart was a 36-year-old lady.

It gave this peeping Tom what he deserved.

DON'T SPY ON YOUR ALIEN NEIGHBORS.

Sometimes, the app was kind of spot on.

Then, it would tell you this model is a 53-year-old man.

And there was, of course, THIS unsettling image, which will stay with me until the day I die.

Oh, I guess this thing is pretty accurate after all. #HowOldRobot pic.twitter.com/PzsdNHULTU — TWC SportsNet (@TWCSportsNet) April 30, 2015

Mostly, people have been making fun of how bad it is, but in the end, at least it nailed this one.