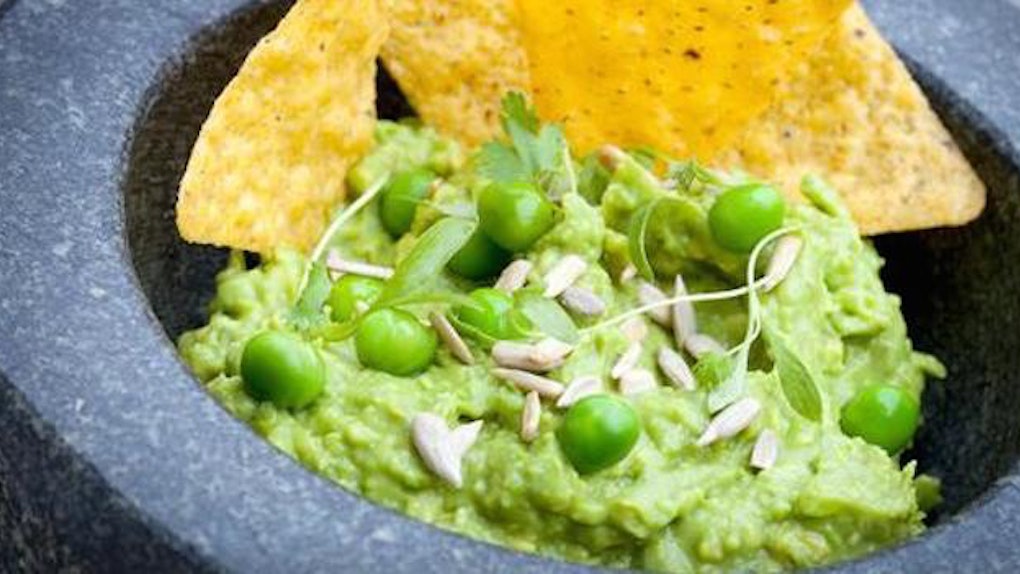 The extent of my culinary knowledge comes from watching way too much Food Network when I should have been socializing in college, and I've slowly taught myself to make food I don't hate to avoid hating myself even more when I look at my bank account.

I don't, by any means, claim to be a master cook, but I do know there are a few standard recipes you really don't need to deviate from.

There might be a couple of variations, but like the "Point Break" remake taught us, sometimes it's best to never touch the classics.

For example, your most basic guacamole is a mixture of avocado, tomato and onion.

For reasons only known to God himself, The New York Times wants to change that:

The people made it very clear this should not be a thing. Ever.

.@nytimes One does not mix mustard and Twinkies because they are same color. — Bobby Blanchard (@bobbycblanchard) July 1, 2015

We are living in truly bizarre times.

Peas in guacamole?! We fought two world wars and invented a space program so we could have this world? WTF. — Wil Wheaton (@wilw) July 1, 2015

A Texan wouldn't have tolerated this nonsense.

There were no peas in guacamole during the Bush administration. — jimgeraghty (@jimgeraghty) July 1, 2015

As another Bush said before him: This aggression will not stand.

Apparently, guacamole is the only thing politicians can agree on. Mexico, thank you for bringing Americans closer together.

Citations: Everyone Is Freaking Out (Cosmopolitan)