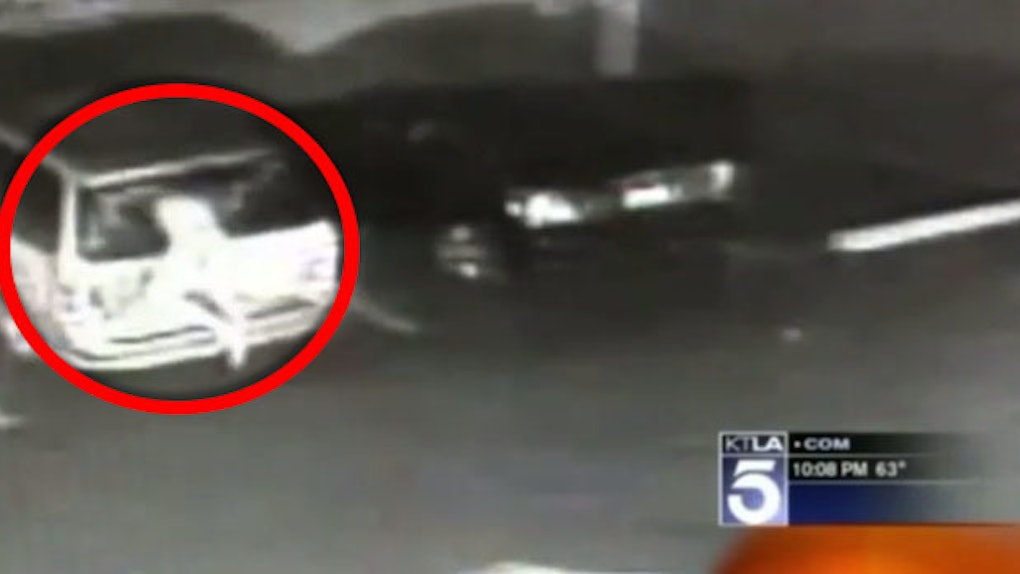 At the risk of falling into "stereotypes exist for a reason" territory, there are a few side effects associated with mind-altering substances I think most people would agree are fairly universal.

For example, weed makes you want to eat everything you possibly can. MDMA makes it impossible to get angry, and alcohol makes you want to sing Billy Joel at karaoke night and fight anyone who says you don't sound like him.

PCP, on the other hand, has a tendency to make you tear off your clothes and do whatever you can to destroy the world before six police officers simultaneously Tase you in the hopes you'll stop.

I don't know which of these substances (if any) 21-year-old Garrett Smith was under the influence of when he got naked and started to run around an apartment complex in Anaheim, CA, but I'm guessing it wasn't the ones that make you think happy thoughts.

I say this because those drugs don't typically inspire you to dive headfirst through the rear window of a van before jumping on a moving car and subsequently falling off, skidding 10 feet across the pavement and then somehow managing to run away.

I'm going to assume he probably regretted a couple of these decisions when (and if) he woke up Sunday morning, but they did result in one of the most entertaining security videos I've ever seen.

At least he's got that going for him.