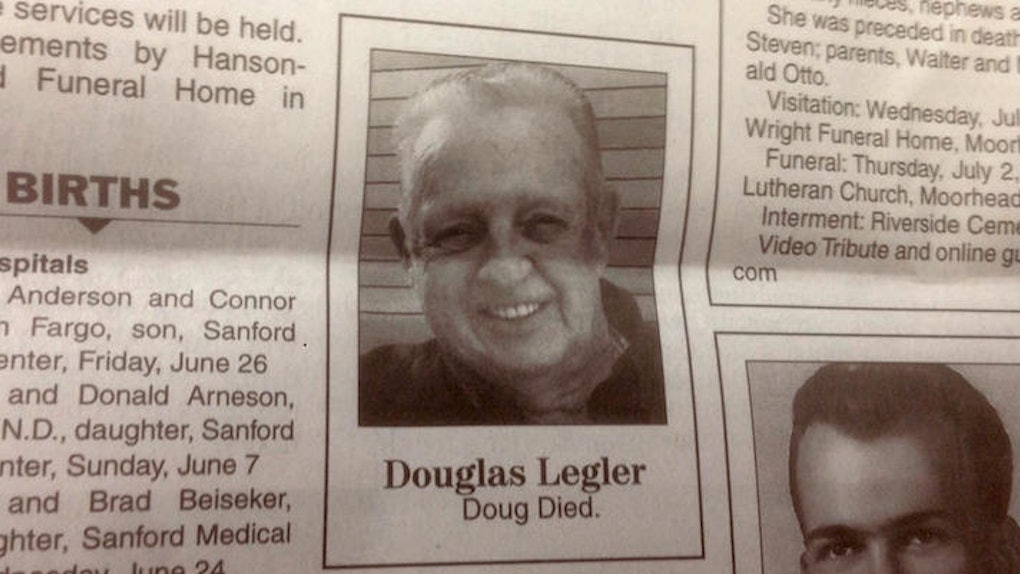 For those who don't know, Doug died.

Doug Legler is a legend.

While most people look at an obituary as a way to leave one final reminder to the world of who someone was and the legacy he or she left behind, Doug Legler opted for something a little more to the point.

The obituary -- which just reads, “Doug Died ”-- ran in The Forum on July 1 and is probably the best obituary of all time.

Legler's daughter told INFORUM Doug, a Fargo native and man who "once placed second in a talent show" as a singer, used to say he didn't see the point in leaving a wordy obituary behind.

(Other people's obituaries) would say, 'He was the president of this, a director of this' and Dad would say, 'What, couldn't they hold down a job?'

Doug's right; his obituary was the best way to leave this world.

I feel like I know this guy a lot better than I would know anyone else who put his or her full life's transcript in the obituary section.

I never met Doug, but I know he probably enjoyed beer, doling out high fives and having people yell “LEGLER!” when he walked into a room.

Other dead people, step up the obituary game.