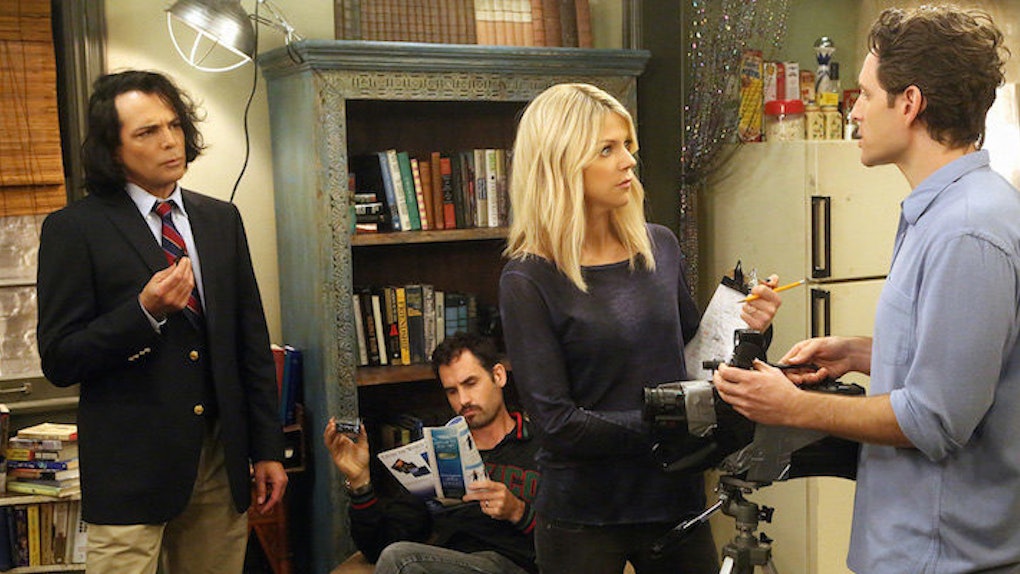 9 Ways To Get What You Want, As Told By 'It's Always Sunny In Philadelphia'

I'm watching Netflix projected onto the white wall across from my couch where I lie like a starfish. I eat a bowl of cereal with coffee instead of milk. I would like to learn how to fake a gag like Dee. I'm impressed by how Charlie willingly kills hundreds of rats with only a small amount of remorse. Dennis is aggressively confident in his method of seducing women. But for some reason, I still trust him.

I've learned a lot about success by watching the show, "It's Always Sunny In Philadelphia." A good way to approach success is the way all of the characters on the show approach any obstacle: with major risk-taking, far-fetched imaginative ideas and relentless enthusiasm.

This show is one of television's most beloved comedies. I discovered that the absurd and fantastical situations in which the characters find themselves show underlying valuable lessons. The character traits of Dee, Dennis, Charlie, Frank and Mac reveal ingenious success, innovation, creation, determination and uninhibited vitality. They are people without borders, limits or boundaries.

They leap into the unknown lands of their imaginations and circumstances without hesitation. Far away, they blow into oblivion with little to no resistance, plowing down anyone or anything in their way. This includes homeless men, restaurant waiters, high school bullies, ex-wives with rotten teeth, waitresses who won't date you, friends who fake their deaths and newspaper critics who bash your bar. The list of obstacles they face goes on and on.

Luckily for them, they are equipped with fully functional obstacle-bashing machines. An unmatched combination of morals, traits, flaws and nearly inhuman characteristics mark these people as the most well-equipped life navigators in America.

What does this heroic group of five have in order to go blasting through life? I wondered too, watching every episode like it was their last. OK, I think you get it. What I just did there was practice enthusiasm in my persistence. It's one of the first qualities the gang possesses.

Here are eight things the people from "It's Always Sunny In Philadelphia" always does:

You will never see them miss a beat when interacting with anyone or anything. A constant force launches them through every scenario. It's a vicious energy that keeps us wanting more.  Their energy, eye contact and volume remain at their highest levels throughout their encounters. We could all benefit from maintaining a healthy push though our endeavors.

Charlie tells Mac he can't do karate, and he can't. Mac's attempt at a back flip won't get them out of the pool they're stuck in, and Charlie needs to let Mac know that. Let's not go overboard here, but it's true that a clear and concise message does the trick most of the time. It works for the gang, so it will work for us, too.

Whether it's visiting a morgue with a hot plate and a six-pack or tying up a newspaper critic to a chair, these people always have a plan to accomplish their goals. I realize your goals are probably not to eat human flesh or to force a writer to rewrite his review on your establishment, but their tactics are relevant nonetheless.

A detailed and often preposterous plan is necessary in order to accomplish your goals and complete tasks. Talk it out with your entrusted few. Take note of any kinks. Consider the thoughts of others, but use caution when deciding what resonates with you. The gang also always stays on their own side.

So, the first attempt to exercise at the gym didn't work out. You decided to wear jeans, your energy was low and the instructor of your cycling class refused to play your music. What does the gang do in this situation? They quickly come up with a plan B.

They buy supplements, new gym outfits and return to the gym to try again. Now, when that also fails, they have a plan C. They inject themselves with Botox and take more supplements. Did they reach their goals of looking good and feeling good? Well, almost. But, you get the idea. You have a higher chance of reaching set goals if you have more planned avenues to success.

5. Execute with enthusiasm, and lots of it.

Enthusiasm is one quality you'll never fail to see in this show. Whether it's a new rat-killing rod Charlie invented or a clever way for Mac and Charlie to get health insurance, they always have an abundant amount of enthusiasm in their approach.

This makes us watch intently and cheer them because they attack these plans with their highest level of energy and excitement. Get excited. To plan and create based off of an entity called an idea is a noble process we should take pride in.

Sometimes they collectively try to work against each other, but nonetheless, they use the fundamental principles of teamwork that seem to play a key role in their success. We are each only one tiny part of this universe, after all.

The show centers around a bar. In theory, a bar is a symbol of invitation for all walks of life. Despite how empty Paddy's Pub usually is, I think it is important to note that this show takes place in a location made for social gatherings.

The gang pays attention to all people who walk into their lives. They may question them, hound them or quickly judge them, but eventually, they come together and determine how best to incorporate this person into their plans.

Last but not least, the imagination, which a lot of us miss in our reach for success, is something the gang has mastered. They will stop at no lengths to imagine creative ways to get what they want. Just think about the times when they faked their deaths to avoid murder, held a trial in their bar to determine who was at fault for the cereal spill in Dennis' car or when they performed an extreme home makeover with the intention to change a family's life.

They never fail to be highly imaginative and borderline psychotic in their approach. I think this is a valuable tool to use in daily life. Play as if you were a 5-year-old child, then combine your childish ideas with your adult morals, discipline and experience. One day, you'll look around at all the women on your yacht and say to yourself, “The D.E.N.N.I.S System really does work.”