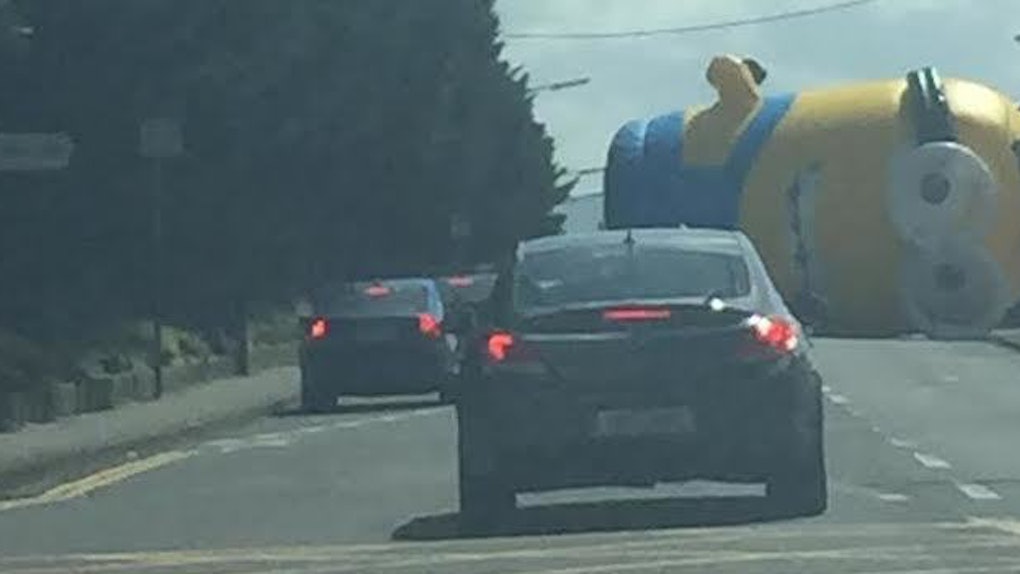 Over the past few months, you may have noticed an increase in babbling yellow Tic Tacs in overalls --  more commonly referred to as Minions -- working their way into practically every single aspect of life.

I was hoping Minionmania would start to die down when money to market the movie ran out, but these modern-day Ewoks show no signs of going away any time soon.

However, I could have never prepared myself for what happened in Ireland this afternoon.

The Minion invasion has begun, and it's bigger than you'd expect it to be.

Before you grab all the food you can find and run into the nearest basement, I should clarify the creature on Old Swords Road in a town north of Dublin, Ireland is actually a giant inflatable balloon and not a giant malicious creature from the depths of our nightmares that enjoys wreaking havoc on afternoon commutes.

According to The Journal, the 30 to 40 foot tall balloon was dislodged by the wind before falling to block the road.

Thankfully, a brave team was willing to face the beast...

...and defeat it before it did any major harm.