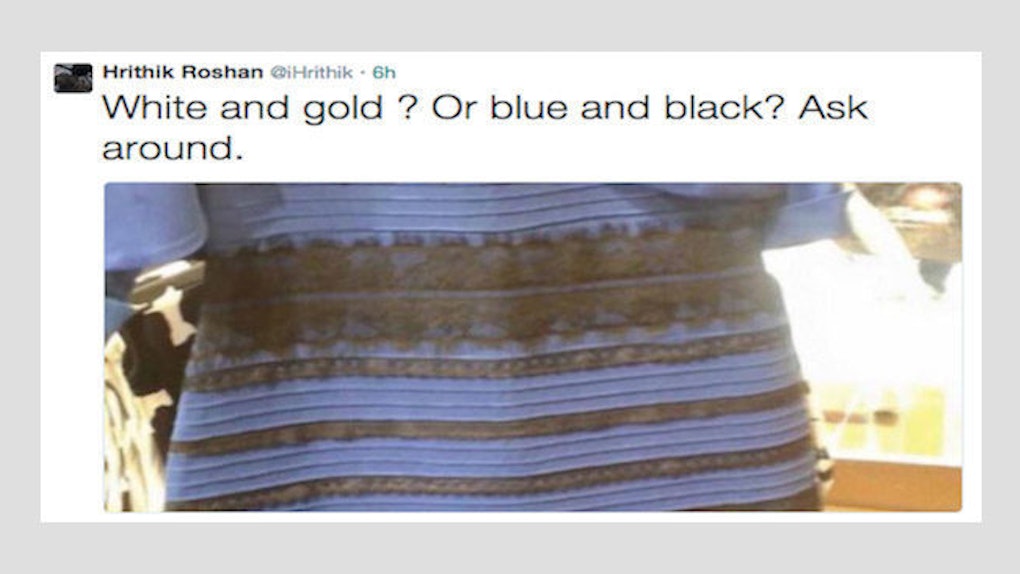 An Actor Tweeted About 'The Dress' Just Three Months Too Late

I've never been great at keeping a finger on the pulse of the Indian film scene, so apologies in advance for knowing literally nothing about actor Hrithik Roshan.

However, a newspaper once called him "The Greek God of Bollywood," and I think we can all agree that's pretty rad.

Based on what I can tell, Hrithik is great at making money from being really attractive and having a job so strenuous, it apparently makes it hard to keep up with stupid Internet trends.

How else do you explain sending out a tweet about The Ambiguously Colored Article Of Clothing That Shall Not Be Named three months too late?

The Internet loves making fun of people who accidentally reveal they don't spend all of their time on it, so naturally, Hrithik was on the receiving end of a few barbs from people who couldn't believe he wouldn't take a break from counting money and courting women to see what's going viral.

I don't know how you even come back from insults like these.

He's going to need some ice for this sick burn.

Next year Hrithik will do the ALS Ice Bucket challenge. — Nive (@Nivivacious) May 21, 2015