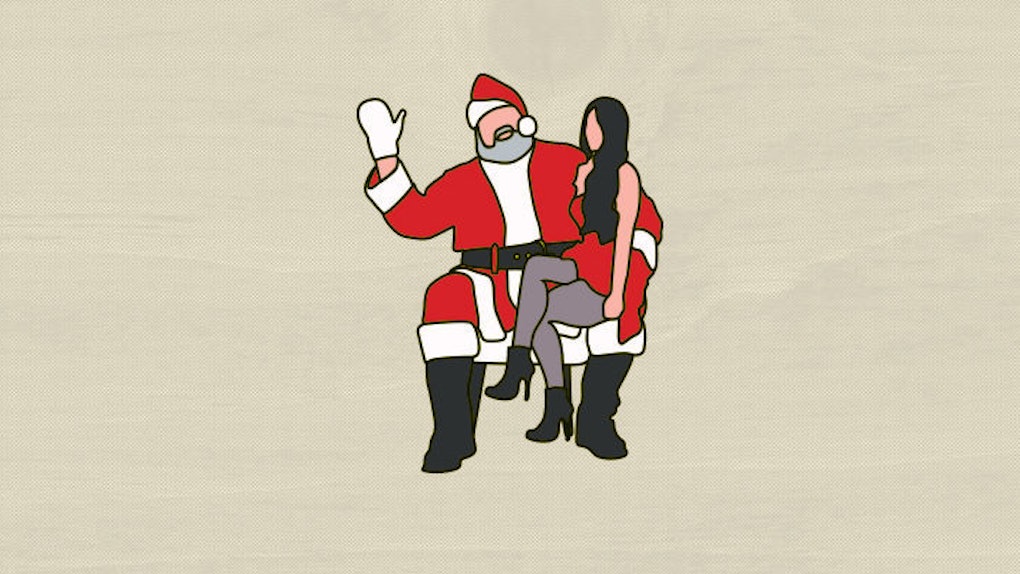 Over the coming days, millions of people will return to their childhood homes to celebrate Christmas with their families, where they'll fall asleep in the same bed they grew up in underneath a poster of a former idol who's probably had their reputation tarnished in some way.

You could be accompanied by a significant other who picked the worst time of year to meet your parents for the first time, or you could head home alone but go out on Christmas Eve and unexpectedly run into one of your ex-girlfriends from high school.

What I'm trying to say is, there are plenty of reasons you might want to hook up with someone over the holidays, but it's hard to have a holly jolly Christmas when you don't have a place to go back to.

Thankfully, you also have plenty of options when it comes to getting around these problems.

Some of those options are less legal than others, but if you go with the ones that reduce the chances of you ending up handcuffed (by the police), you increase the risk of making holiday dinners even more awkward.

You thought you'd have plenty of time to fool around when your parents went to bed, but this is the first time they've stayed up past 9 pm in a few years and they just opened another bottle of wine.

You have a few options at this point, but the best bet is to recapture the spirit of high school by telling your parents you're going to watch a movie they'd have no interest in seeing and heading into the basement.

Once you're downstairs, pick a movie that doesn't randomly increase and decrease in volume every scene (so not "Interstellar"), put a blanket over your laps and start doing hand stuff just like the old days.

You're sleeping in separate rooms and after exchanging increasingly desperate texts and pictures for the last hour, you've started to dream up a list of excuses about why you need to book a hotel the next night.

In feudal Japan, ninjas were known for using expert stealth and deception to carry out acts of espionage (or terrorism, depending on your perspective) without attracting unnecessary attention to themselves.

You'll be relying on the same strategies, only you'll be trying to make it into someone's pants instead of a secure military location. That doesn't make the risks any less serious.

Let's just hope you've gotten better at sneaking around your house since those times you got caught in high school.

You haven't been able to turn a corner in your house without having a conversation about your future, and you're not going to risk getting caught and having to deal with the discussion about how many years your parents had already been married at your age.

In this situation, your best bet is to figure out a location no sane person would have any excuse to drive near in the first place -- I'd recommend a RadioShack parking lot or an office park filled with businesses whose purpose you don't entirely understand.

Once you're there, all you have to do is turn up the heat (literally and euphemistically) and hope anyone drawn to your car by the comical rocking won't be able to see you through the fogged windows.

A word of warning: If you decide to try this in a car you've borrowed from your parents, be prepared to explain why the upholstery smells like sweat and sex.

You don't have a car you can hook up in because you flew back home and told your parents you'd call them when you needed a ride back from the bar when they dropped you off a few hours ago.

You run into an old acquaintance you forgot existed who's in the same situation as you. You start to talk about what you've been up to since high school. They've changed a lot since then.

You ask about the story behind the bass clef they've gotten tattooed on their wrist. You find it more attractive than you should, but even if they feel the same way about the number of poems you've written in the past year, there's really nowhere you can go.

You suddenly remember the alley behind your school where kids used to go to punch each other in the face.

It's not the most romantic place in the world, but it's a couple of blocks away and you're both in the state of mind to make bad decisions.

Nothing's worked, and you're getting desperate. The last person to put their hands on your junk was the TSA agent who pulled you out of line and you're willing to do whatever you can to remedy this.

The solution? A Santa suit.

It's simple: Santa is one of the only people who can invite people to sit on his lap without making things weird. You can just do the same thing to your significant other and get the incredibly underwhelming payoff you so desperately crave.