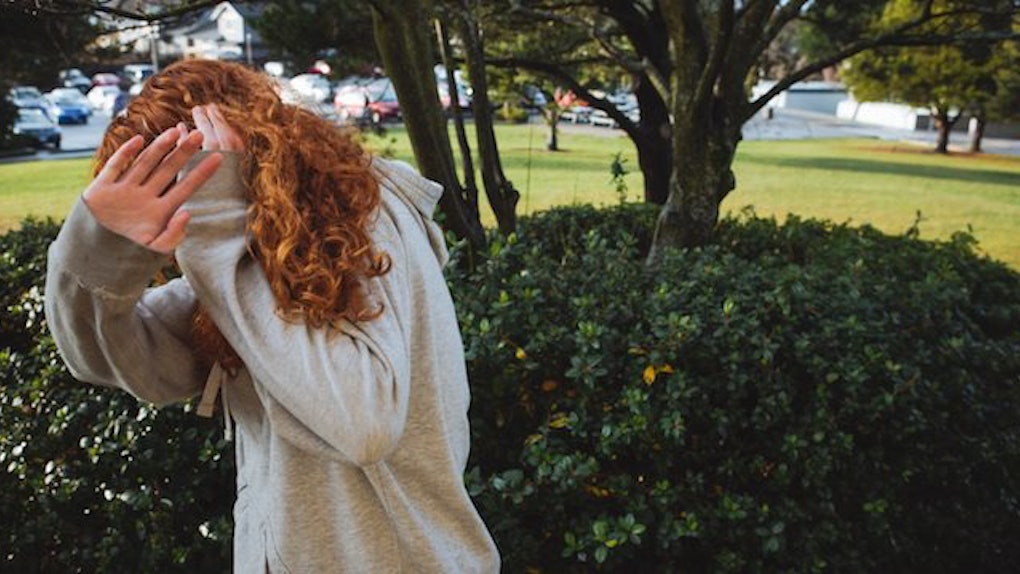 These People Held Their Farts In For Their Crushes

When I think of the most embarrassing things that could happen to me and almost ALWAYS do, I think of letting out lil baby farts in front of someone important.

For all of us, a time will come where you need to pass some gas in front of your crush or new boo, and the anticipation and stress that comes along with it has made for some of the most hilarious and relatable content this side of the internet.

Here, men and women alike weigh in and share some of their most clench-worthy moments and whether or not they made it out of their gas-tastic terrors with their dignity.

Let's start with a victory. This lucky woman managed to concentrate on her breathing and focus on the air in her lungs rather the air in her... well... ya know...

PSA: Never order the seven-bean salad and hummus appetizer when you're on a date. My college crush and I went out for dinner one night over winter break, and I made the horrible mistake of selecting the (very delicious) Mediterranean specials that were most likely to result in flatulence. When we left the restaurant and made our way to a coffee shop, it just so happened it was closed. Rather than keep the radio on and drive somewhere else, my gentleman friend pulled the car over, shut the radio and had to look on Yelp for 15 minutes to see where we could go instead. Naturally, it was dead silent in the car when my seven-bean salad effects had taken place, so I took deep breaths like a pregnant lady and put the radio back on. Fortunately, I managed to keep silent, even though my stomach was killing me.

Fortunately, I managed to keep silent, even though my stomach was killing me.

When we got back to the restaurant, I bolted to my car. We ended up dating a few months after that, but he was a jerk anyway, so a fart or two is just what he deserved.

Another lucky gal was fortunate enough to JUST scathe by... barely.

Election Day 2016 was a real Floridian sinkhole of an evening. I ended up chasing a grown man out of a bar and shouting at him in the street until a friend put himself between us and probably saved that guy's life. (In my defense, I was drunk and worked up because he called me a cunt, after I politely asked him to leave me alone three times.) A friend I was hooking up with had been texting me general election sadness content throughout the night, and I decided to invite myself to his apartment once I felt my current surroundings had really found rock bottom and settled there indefinitely.

I showed up, slept over and woke myself up the next morning with the LOUDEST gin fart known to mankind.

I showed up, slept over and woke myself up the next morning with the LOUDEST gin fart known to mankind at that point in recorded history. I picked the top half of my body up, like a marine waking from a wartime nightmare, and just sort of stared at my friend for a long time. I didn't breathe or move. I wanted to see if any part of him, conscious or otherwise, had heard my fart that sounded more like a steamboat or an entire parade of bagpipes than an actual fart. He didn't. Anyway, we're dating now and if we survive Venus Retrograde, I might start gradually letting them rip full time. I told him weeks later.

Based on the anxiety sweats in this story, I kind of wish this lady just went for it.

I've been seeing this really awesome guy for a few weeks. One day, we were hanging out at his apartment and cuddling on his couch when I suddenly felt like I was going to fart. The feeling didn't go away, so I tried to maneuver my body in different ways on his couch to make it stop. but my palms started to get so sweaty from how nervous I was about the whole thing. He made a lighthearted comment on how sweaty my hands were, and I tried to be playful and laugh it off, like “Oh, haha, they get that way sometimes!” But in reality, they were drenched in anxiety-induced sweat from squeezing my butthole shut as hard as I could.

He made a lighthearted comment on how sweaty my hands were, and I tried to be playful and laugh it off.

I never ended up farting and my hands remained sweaty for hours. It was the worst. TBH, probably would have made my life easier to just fucking fart.

This poor guy was cockblocked by someone else's fart!

Sooooo, while JA'BOY was attempting to flirt with a cute nurse in front of his passed out grandmother, who was admitted to the hospital with stomach problems, my Bubby ripped the juiciest fart I've ever heard. *bows*

This gent and his partner problems have "rom-com" written all over them.

Once upon a time, I used to hook up with this guy on and off, and he was my part-time lover. I'd usually end up at his luxurious Upper East Side apartment on the weekdays. Our hangouts usually involved some type of food and weed intermix, and since I can't contain myself, I'd eat too much and get gassy immediately. (This was before I started taking probiotics, honestly a lifesaver with the digestive track —highly recommended.) Although we'd been hooking up for a while, I still would've felt super weird to fart in front of him, so I'd have to grin and suck it back down most of the time, or make it seem like I had an extremely small bladder and get up to pee just so I could let one fly and return back to the couch all cuddly and cozy.

Although we'd been hooking up for a while, I still would've felt super weird to fart in front of him.

We're still friends, and to this day, I don't think he knows that. To be honest, I'd love to tell him.

4 out of 5 women will experience this brave woman's plight.

I've had many a hookup where I'm naked in bed, pretending to be asleep while cuddling with a guy, but in reality, I'm desperately trying to hold in my fart cause I can't escape the little spoon trap I'm in. Like, do I fart on his dick and laugh it off? No. I'm trapped.

There is NO shame in this broad's game.

I was cleaning up after a big house party, hungover AF and sitting on the hardwood floor of my kitchen where all the gatherings occurred, and just let it rip. My boyfriend heard it upstairs through a closed door, asked me about it and there was no turning back. I had to confess. It definitely wasn't thunder and definitely wasn't my dog. Not much else to it.

This girl threw her new puppy straight under the fart bus.

My boyfriend HATES when I fart, like, really hates it. He's very private and always goes to the bathroom. Not too long ago, we got a new, sweet little baby puppy who is the apple of our eyes and also can let out some REALLY nasty silent-but-deadlys. We would never hear them, but DAMN could we smell them. It usually happens when she's napping or eating. One day my sweet pup and I were watching tv on our bed and I wasn't thinking and just let out a little baby fart. My boyfriend, who straight up chastises me if I fart in front of him, thought it was her and he LOVED it. He was all, "Oh my God, was that her? What a cute fart! What a cute little fart my baby girl!"

Sure, when the dog does it it's adorable, but when I do it, it's grounds for a breakup

Sure, when the dog does it, it's adorable, but when I do it, it's grounds for a breakup. MEN.

In the end, it's better to have farted and lost, then to have never farted at all.

Wait a minute... maybe I have that backwards...