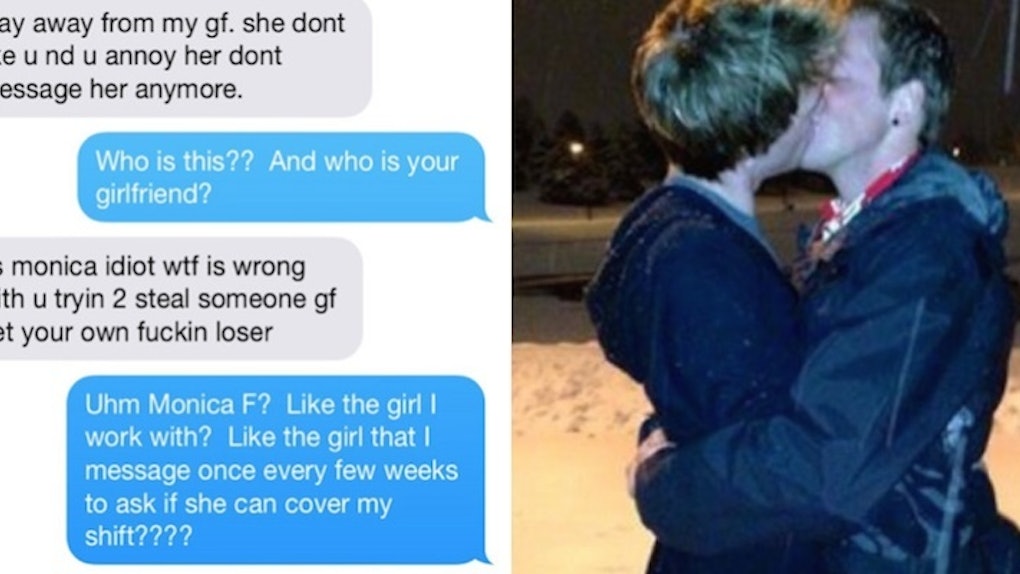 A controlling and jealousy-prone significant other is about as delightful to be around as a half-naked Donald Trump high on meth, but some of us still make the mistake of shacking up with these goblins.

In this instance, one woman's boyfriend decided her coworker texted her too much, and so, he decided, like any sensible human being, to find his number and send him a bunch of hate-texts.

The text exchange started as you'd expect: with confusion, grammar mistakes and threats of violence.

You always know you got a good man if he threatens to beat up strangers for no reason. Who the f*ck said chivalry was dead, ladies?

Then it changes course, but our angry protagonist refuses to back down.

Yeah! He's just pretending to be gay so he can f*ck your girl in peace! That is what is happening!

Well, until he is sent clear evidence proving the accusations were impressively stupid...

I don't think this guy would get a hint if it walked up to him, said, "Hello, I am a hint" and then punched him in the dick.

And then, there is this: the most accidentally hilarious response to her coworker justifying why he should not, in fact, be beaten up.

Yeah! Why did you have to say "gay kissing?" Way to escalate the situation! All he did was say he was going to beat your ass!