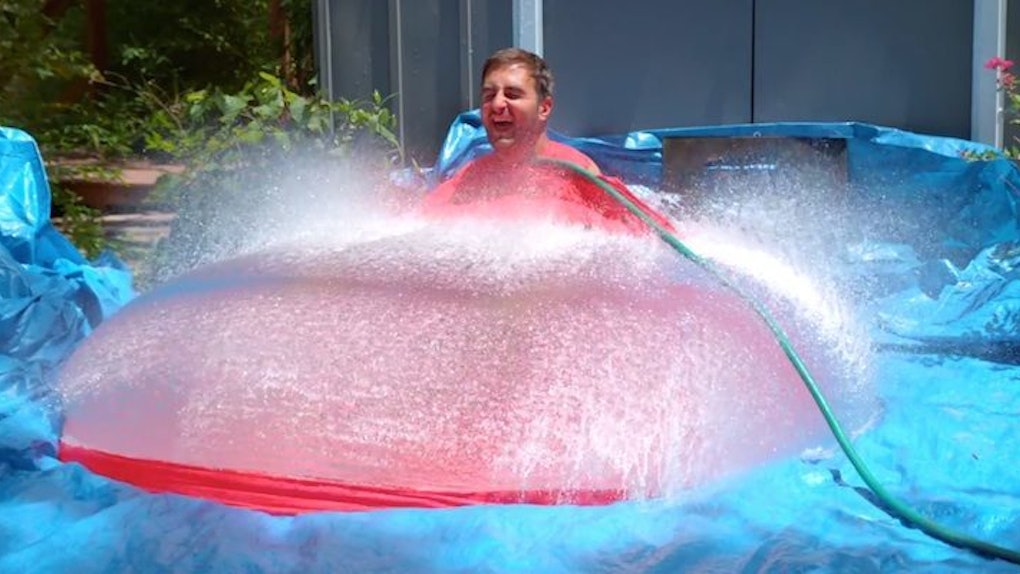 Everything is cooler in slow motion.

Granted, that stuff is exploding while Shia LaBeouf runs away from it, but it would be significantly less exciting if it was played back at full speed.

It's just a fact stuff shot in slow motion looks more breathtaking -- especially if you put the "Inception" horn over it.

You could film yourself going to the bank to ask for a new ATM card and then play it back at half speed and it would gross $100 million opening weekend at the box office.

For instance, this video is just a guy in a water balloon that explodes. Normally, this would be a mediocre Vine at best, but thanks to slow motion, this clip is on par with "The Expendables 3," as far as excitement is concerned.

The world of everyday activities shot in slow motion is an untapped Hollywood gold mine.