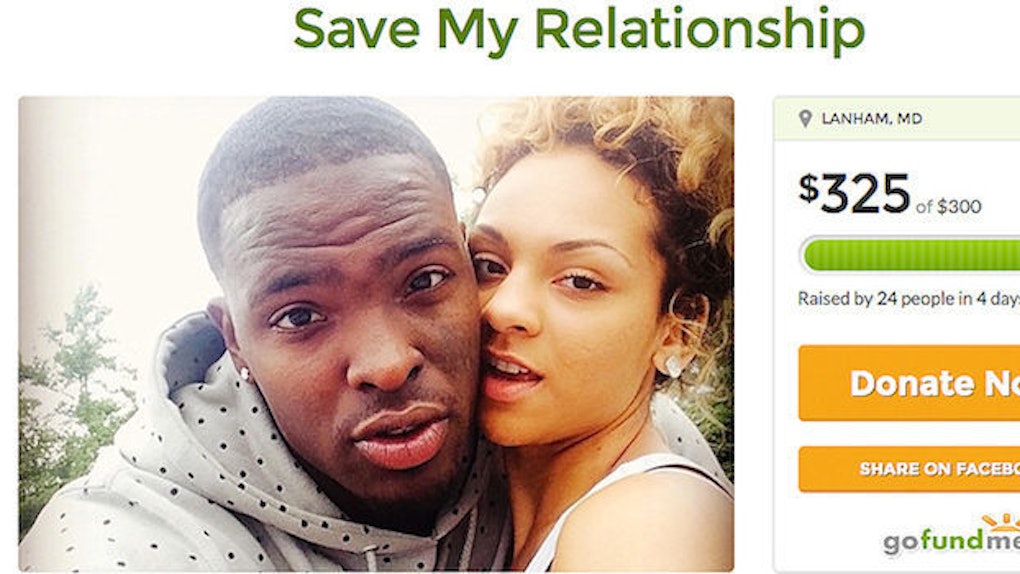 Oftentimes, when couples are on the rocks, they'll turn to therapy as a last-resort effort to save their relationship.

It started when Prather's girlfriend decided to go to Miami for spring break. Though their relationship was fine -- “great,” even -- he became worried she'd get caught up in the carefree fun and find someone new.

So he set up a GoFundMe campaign to raise money for a plane ticket so he could follow her to Florida.

We have a great thing going and I would hate to see it go down the drain for a little sand and sun. If you could find it in your heart to donate ANYTHING to help save my relationship, I would greatly appreciate it.

Surprisingly, Prather's pleas have found dozens of supporters; so far, his campaign has raised $330 of the initial $300 goal.

Prather's trust issues seem to be the real problem here, but I hope everything works out for the pair.

Citations: Boyfriend Begs For Donations To Help Him Save His Relationship During Spring Break (People)