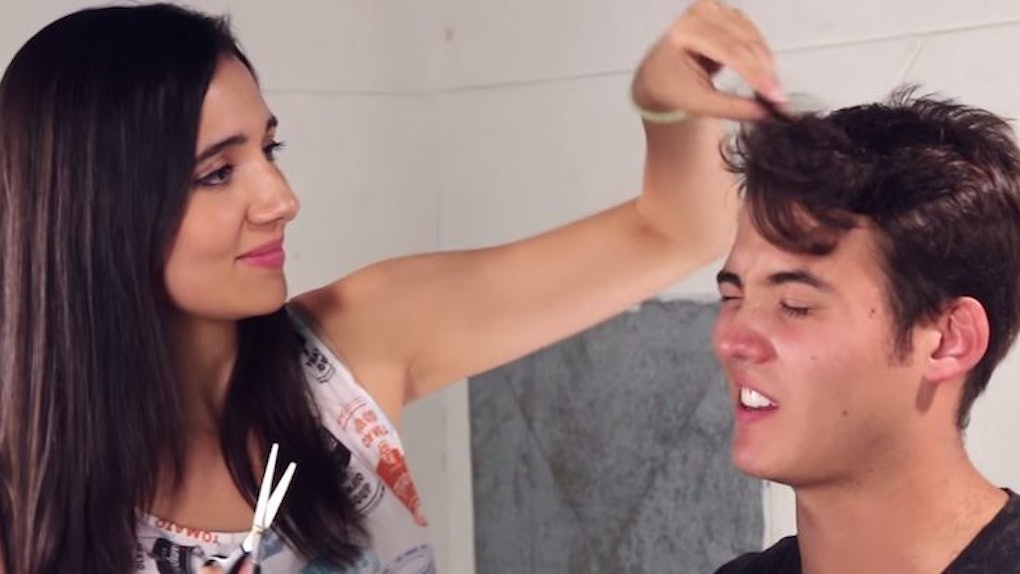 A man's relationship with his barber is a sacred one, seeing as a haircut is such an important element of his look.

In a new BuzzFeed video, two guys bestow this trust on their girlfriends, allowing the women to do the cutting.

In order to guide them, the women chose celebrity hairstyles for inspiration.

One guy's girlfriend chose a Ryan Gosling-style haircut, because who wouldn’t want his or her boyfriend to look as much like Ryan Gosling as possible?

The other guy, whose haircut was inspired by Jake Gyllenhaal, prepares himself beforehand by saying,

As long as it doesn’t look like complete sh*t, then I’ll be OK with it.

In the end, the haircuts actually turned out pretty well -- minus one tiny bald spot.

However, both of the men agreed to never let their girlfriends near the scissors again in the near future.

BuzzFeed made another video, in which the couples switch roles and the boyfriends do the cutting, giving their girlfriends the worst haircuts ever (probably).