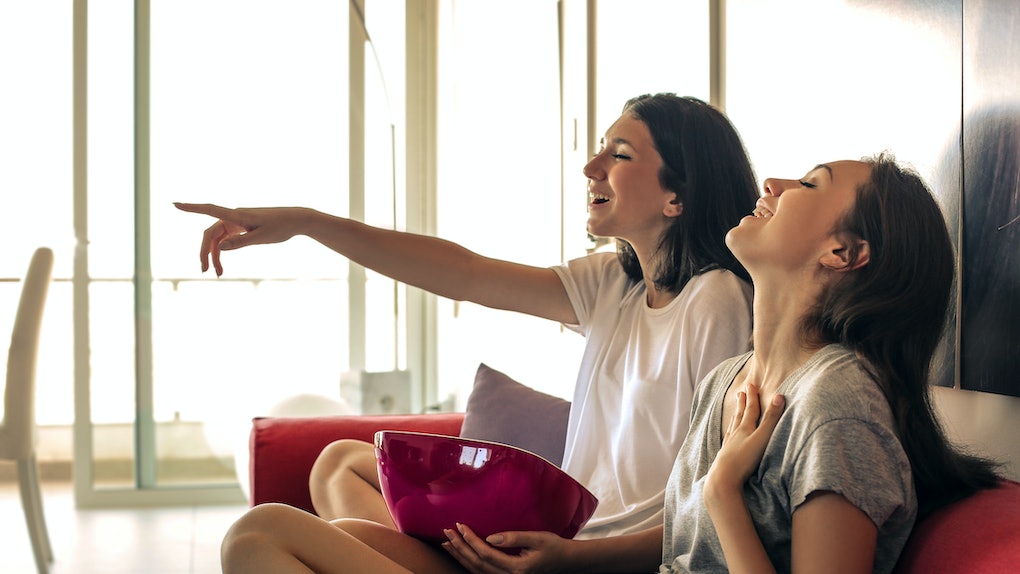 Generation whY!? Why Are We Obsessed With Zombies!?

When the hell did we all become so obsessed with zombies and this idea of a Zombie Apocalypse?

What a great infomercial that would be! What would they call the site, OkZombie?

First it was the vampire craze. "Twilight" had every tween girl running around obsessed with vampires, stressing over whether or not to call themselves members of Team Edward or Team Jacob (obviously Edward, duh). Even high school and college kids jumped on the vampire bandwagon, planning weekends around who was gonna have vampire sex with whom come Sunday night on HBO's "True Blood." Now, it seems the only monster-related show anyone really cares about is "The Walking Dead."

Think "The Walking Dead" is doing well? Try freaking amazing. According to The Hollywood Reporter, the recent season-four premiere drew 16.1 million viewers and an 8.3 rating among adults 18-49 in Live+Same Day viewing alone. Within just three days of DVR use, the episode became the biggest non-sports broadcast in cable history, with 20.2 million viewers, and even surpassed "Sunday Night Football" to be the top-rated program of the week across the board. Zombies are attacking all of our favorite TV shows' ratings! They must be stopped!

What is it about zombies that we're so intrigued by? They're in our movies, our TV shows, our video games and in our bath-salts! Walking alone at night, I used to be worried about muggers stealing my money, now I gotta worry about some bath-salt-eating nutjob eating my face off? No thanks.

So why has our generation taken such a liking towards the idea of zombies? Is it more of the thrill of, "what would you do" if there were a zombie outbreak? Which people would you protect and potentially sacrifice? Is it the idea of human nature we're more fascinated with? Maybe the reason we love zombies so much is because we subconsciously want to live in a state of lawlessness. Much like our obsession with the Grand Theft Auto, we want to see a world where we can act however we want without any legal consequences.

What's ironic though, is how as a society, we have almost become like zombies. Attached to our smartphones, computers and other devices, we pretty much walk around in a trance, half the time with our eyes glued to what's in our hands instead of what's in front of us. Our priorities as a whole seem out of whack, in this competitive world, we care about only ourselves or those celebrities we idolize whose words we hang on to for dear life. With the amount of crappy reality TV shows, terrible music and pointless social media that consume us today, we have become very much mindless, like zombies, wandering throughout daily routines.

This past Halloween, I, along with the Elite TV crew, attended the New York City Halloween Parade, in which thousands of people swarmed the streets in every thinkable costume, from Walter White and Jesse Pinkman, to promiscuous girl outfits, and of course, to zombies. Unlike most of the other people in their costumes who weren't necessarily acting in character, I watched the people dressed as zombies actually acting like zombies, awkwardly walking around with a blank look on their faces, pretending to try and eat people as they walked by. Just a typical night for any zombie lover, duh.

If there ever were a zombie outbreak though, you better hope you can run fast!

I get that everyone has his or her preferences when it comes to supernatural or fictional characters, I just thing we need to take a deep breath with the whole zombie obsession. Hollywood has every intention to keep exploiting the latest craze, compelling us to go see every movie and TV show, turning ourselves into actual zombies.