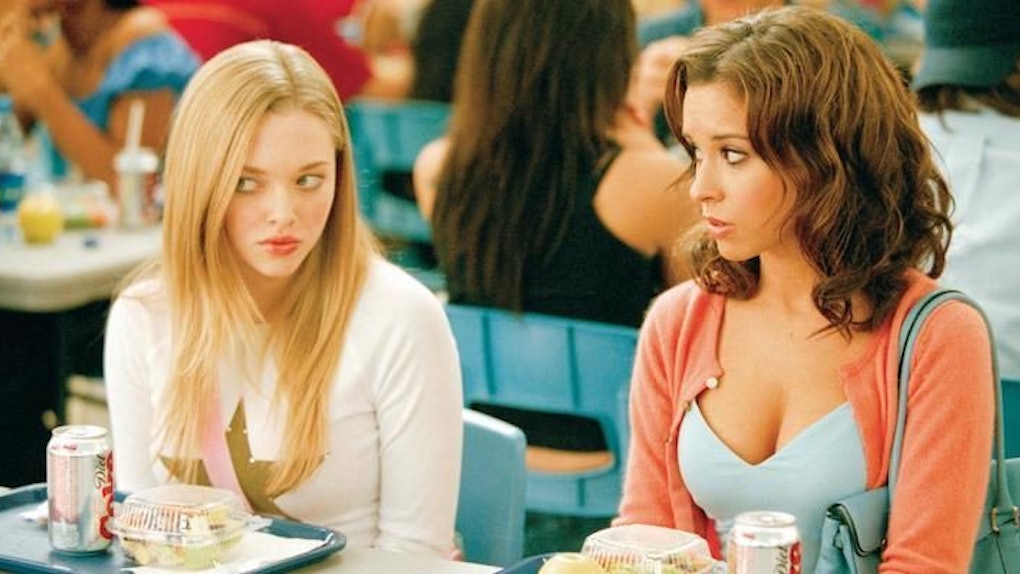 5 Types Of Friends You Should Never Feel Guilty About Ghosting

Friendship is tough as hell. All we want is a decent, normal human being to reciprocate our love for travel, shopping and Johnny Depp. But alas, the road to camaraderie is often paved with jealously, selfishness and downright batsh*t craziness.

You may have thought your college BFF would remain on your speed dial for all eternity, but the truth is, as you grow, you constantly have to weed out the people in your life.

Here are the five toxic ties you must cut right away:

This chick was a total rock star in college. You met her during senior year, right after she had come back from her semester abroad in Paris, where her fierceness (and her rich daddy's money) scored her a front row seat at Fashion Week and many backstage rendezvous with international heartthrobs. When she stepped on campus in her Prada heels, waving her thick, luscious mane your way, you questioned your own sexuality for a second because she was that hot. You two had a great fun together.

But much like the "honeymoon" period of a relationship, you soon opened your eyes to the fact this girl is a little ... much. The innocent sleepovers at her off-campus pad soon began to feel a bit weird. When you confronted her about the baseball bat she keeps next to her bed, she claimed if anyone ever broke in she'd protect you like a tigress protects her cub.

You finally decided it was time to bolt when you saw her break a window with her bare fist in a fit of aggression. She'd call you up in the middle of the night and cry for hours over things that never happened.

She expected professional advice since she recently dumped her therapist for suggesting her character was too dominant. By the end of senior year, her parties' attendance had dropped to zero and her desperate attempts to buy attention no longer worked. Run for your life, little cub.

2. The Blast From The Past

The last time you saw this gal was five years ago when you went back to your hometown to sell your old apartment and begin your international trip. Nothing about her had changed then, and it still hasn't to this day. The only sparks of emotion between you two light up when she brings that old memory of you guys being total losers in the sixth grade and only having each other to hang out with.

The rest of the memories you can't really seem to recall, so you trust her archive, mostly influenced by the look of that Dolce & Gabbana top you gave her for for her 15th birthday that she still wears. Of all your friends who may gain the courage to move out of your hometown, she's the least likely.

It's pretty nice to still live with your parents at almost 30 years old, rent-free and with all meals prepped with mommy's love. She secretly resents you for leaving and hopes you'll fail and come back to drown in the infinite pool of boredom she's floating in. So long, small town Sally.

She's never worked a day in her life and thought you were a total peasant for working at that bagel shop in college to hustle up some spending money. The future Mrs. D-list celebrity or basketball player only cares about her French tips and her perfect locks.

She can typically be found gossiping over margaritas at some "it" bar on Saturday night, or shopping for her 14th pair of designer heels. She religiously attends basketball games though she's never set food at the gym. She makes eyes at the players and friends them on social media later, hoping to score a date.

Regardless of whether she's at an office party or taking out the trash, you'll never see her in an outfit other than a designer dress, blazer and mandatory stilettos. You realized it was time to give her the axe when you saw her pathetic attempts to be "one of the boys," while hitting on some reality TV poser at a sleazy bar, wearing the aforementioned ensemble.

You just met her, and she's already accepted and integrated you into her friend group. This lady loves to party, spread rumors and borrow jewelry she'll never return. She comes up with savvy business proposals, such as the two of you starting a “weed fund," which she'll end up privatizing and using on herself and her best friend, Jose Cuervo.

She only texts you when you have the last few tickets to Coachella, or when she finds herself alienated from the rest of her girlfriends when they call her out on her latest bullsh*t. You decided to give her a chance to redeem herself by sharing something personal and asking for advice, only to find it posted on Yik Yak for your entire campus to see. Faux friends are like faux furs, toss that sh*t out and get the real thing (unless you're against that sort of thing).

This chick always appears out of the blue. She comes out of the woodwork when her landlord kicks her out for the third time for not paying her rent, and she's looking for a couch to crash on. Actually, your couch won't be enough; she'll weasel her way into your bed and ask for a ride to work in the morning. You're her best friend — according to her social media — which is why she feels free to borrow your shoes, jeans and purses without asking for permission.

She'll innocently flirt with your boyfriend, too, and then she'll tell you he was coming on to her and how you should dump him so the two of you could be single together. You're very likely to come back home to a “small gathering” of 30 people, grinding on each other in a cloud of smoke, while she's crushing a game of beer pong on top of your grandma's mahogany table.

Once Miss User gets back on her feet — aka miraculously gets a paycheck and is able to live on her own again — you won't hear from her until the next time her life is in shambles. Better lock your doors.