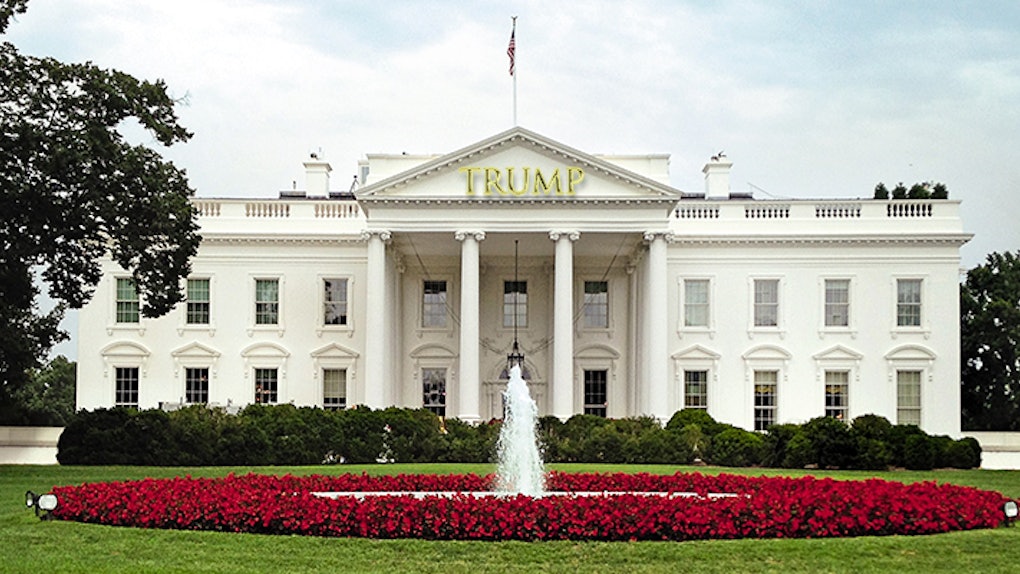 If America was a high school and the 2016 election was being held to pick the class president, Donald Trump would be the popular rich kid who's only interested in padding his resumé and will undoubtedly run everything into the ground if he somehow manages to get elected.

You tell yourself there's no chance he'll actually win, and nobody you know is actually voting for him, but because democracy is a broken system, more than a few of your classmates are fine with having prom in the cafeteria when the funds are lost in ill-advised real estate deals.

Donald Trump will probably not be the next president of the United States, and if he is, something has gone horribly, horribly wrong.

Here are some of the things we'd probably have to look forward to.

A reality show will be created to find the next vice president.

The winner of the Miss USA Pageant also gets to be the next Chief Justice of the Supreme Court.

Much like North Korean men are required to have the haircut of Kim Jong-un, all American men will be required to rock the comb over.

The White House will become the Trump House.

He will be the first president to refuse a ride in Air Force One because his fleet of private jets is way better.

Not only will the rich not pay any taxes, they will receive luxurious fruit baskets at the start of every month.

Donald Trump will be the next person on the $10 bill.

Disputes with Russia will be settled by sending Sylvester Stallone to box against their greatest fighter (it will probably be Vladimir Putin).

Every national park will have a golf course.

Facts will be banned from schools.

The only required reading will be Trump's manifesto, “Why I Win At Everything And Poor People Suck.”

Canada will no longer be recognized as a country. It will henceforth be referred to as "Hockeystan."

Trump's cabinet members will consist of washed-up athletes and celebrities who donate their salary to charity even though they probably could use the money.

Hybrid cars will no longer be street legal.

Guantanamo Bay will be turned into a luxury resort to take advantage of the new influx of American tourists.

All government employees must purchase their clothing from the Donald J. Trump collection at Macy's.

Ornate chandeliers will be installed in every post office.

America's GDP will be calculated by multiplying the actual GDP by 100 and telling the rest of the world we're richer than we really are. It's called "Trumpenomics."

Trump will build a wall along the US-Mexico border that, when viewed from space, is a perfect replica of his manhood.

Additionally, the Washington Monument will have two giant stone testicles added to complement the monolith.