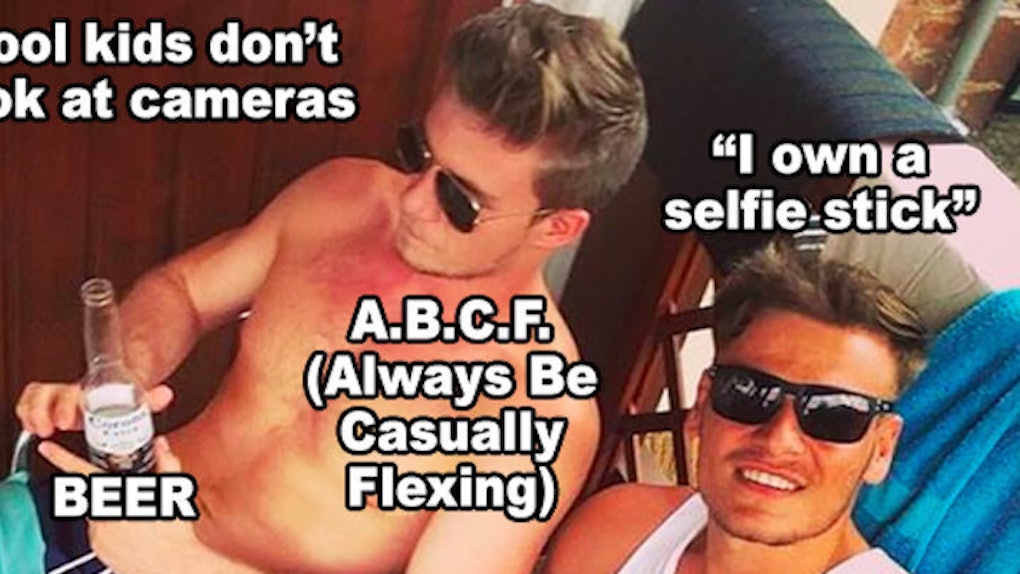 Unless you're one of those people who lives in a place where 65 degrees and cloudy is considered sweatshirt weather, there are only a few months out of the year when it's actually enjoyable to be outside for extended periods of time.

There are plenty of ways to take advantage of summer, but you're not really doing things right unless you can leverage those experiences to get the most important thing of all: attention from your friends and casual acquaintances on the Internet.

Anyone can take a picture while tanning at the beach or playing cornhole at a BBQ, but if you really want the notifications to never stop flowing, you need to understand that taking the perfect summer photo is both an art and a science.

Summer Rule 17: Be on a boat as often as possible.

Summer Rule 48: If there are more than two bros in any picture, at least one of them must be shirtless.

Summer Rule 43: There's no such thing as "too early to start drinking."

Summer Rule 06: Food should primarily be used as a prop instead of a source of energy.

Summer Rule 73: Incorporate cornhole as much as possible.

Summer Rule 82: Exploit your parents as much as possible.