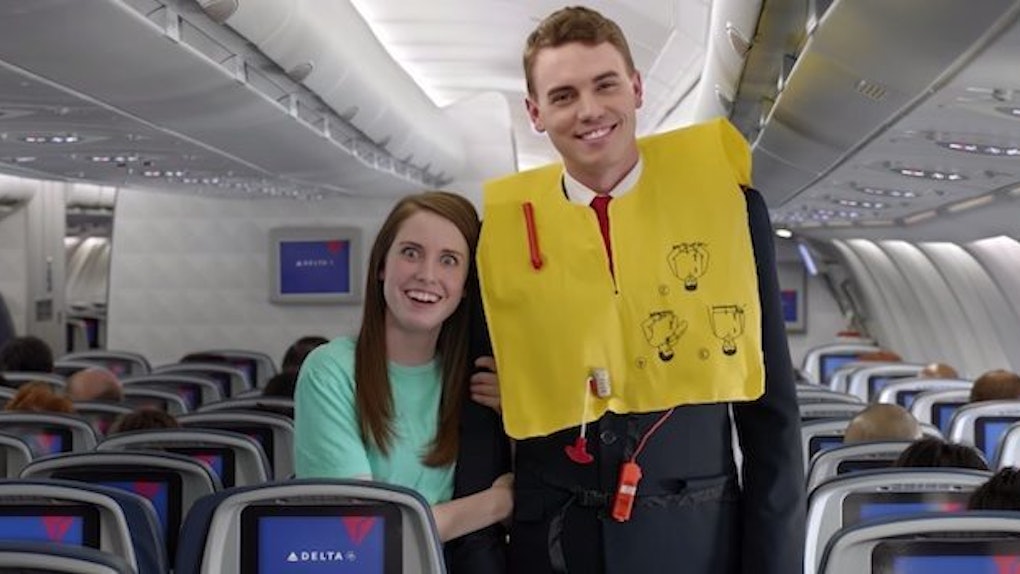 In November, Kim Kardashian West tried to break the Internet by uploading pictures from a naked photo shoot she did for Paper magazine.

Six months later, Delta Air Lines is doing what Kim's shiny butt failed to do: murder the Internet once and for all.

You really only have to take a look at a corporate Twitter account to realize how desperately some brands want to seem cool. In fact, you only need to check out this account that compiles the worst examples for you.

However, those examples have nothing on this production that finally answers the question:

What happens when you ask a team of people in their late 30s to make an airline safety video for the Internet?

Unfortunately, the answer mostly involves way too many viral videos from seven years ago.