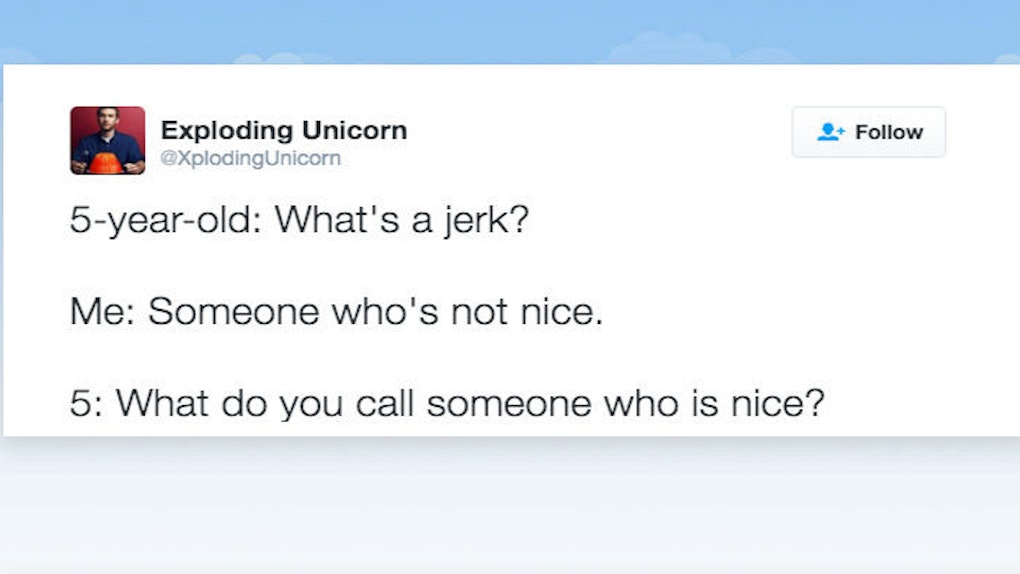 Having kids is hard. I wouldn't know, of course. The closest I ever came to having a child was when I found a week-old pastrami sandwich in my bed.

But, as far as I can tell, child-rearing is tough business. Fortunately, it seems to have its various perks, one being that all toddlers are inherently funnier than adults.

As proof of this, I present to you Exploding Unicorn, the Twitter account of comedian and father James Breakwell, who uses Twitter to document the things his four daughters say and do.

The results are hilarious and exceptionally weird.

Breakwell's account now has over 329,000 followers, and more followers flock to him by the day, eager to hear the particular wisdom of his daughters' not yet fully developed craniums.

See for yourself, dummies.

It's hard to argue with this one.

It's important to teach your children early how the world works.

They did it a lot of times.

It's important to know when to cash out.

Never argue with the sunniest bunny. It is more powerful than you could ever imagine.

Find your own bunker, nerd.

My mom literally said this to me before. Who are these monsters?

The student became the master.