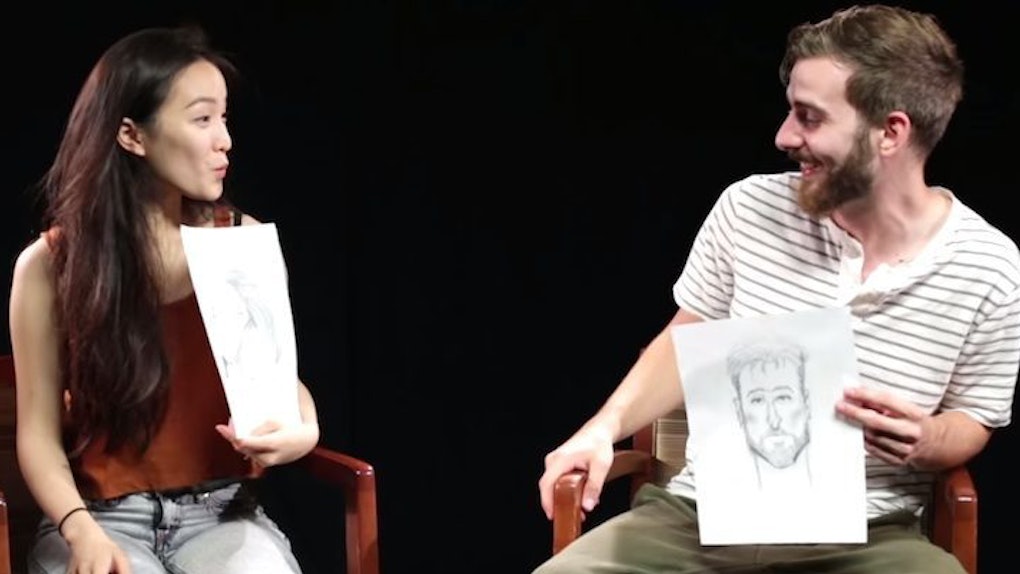 Have these couples ever actually seen each other?

It’s difficult to describe someone you’ve seen a lot.

Think about it. If you had to describe your mother’s face, where would you start? How would you even begin to describe what someone you’ve spent your entire life with looks like?

Whatever the answer is, these couples are terrible at it.

I don’t know how one girl ended up with a sketch that literally was just a triangle version of her head.

Did the guy just say, “She’s like a hot foam cheesehead hat from a Green Bay Packers game, but with eyes,” when the artist asked what his girlfriend looked like?