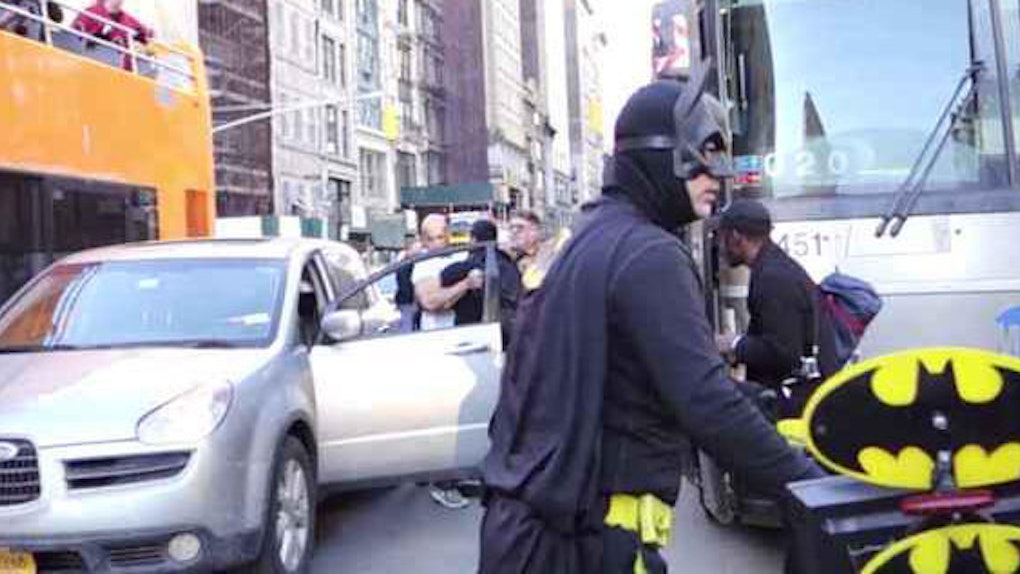 Living in New York is a lot like living in a movie. Take this video above, for example.

If seeing a dude dressed as Batman stop a fight in the middle of a street while R. Kelly's "I Believe I Can Fly" blares in the background isn't something you'd like to see, this city isn't for you.

According to a trusted source, the fight actually started between a biker and driver. While we can't see the actual scrap take place, the bloodied guy was reportedly hit in the face with a bike lock.

I guess Batman didn't save the day, but he came pretty damn close. R. Kelly is the real hero here.