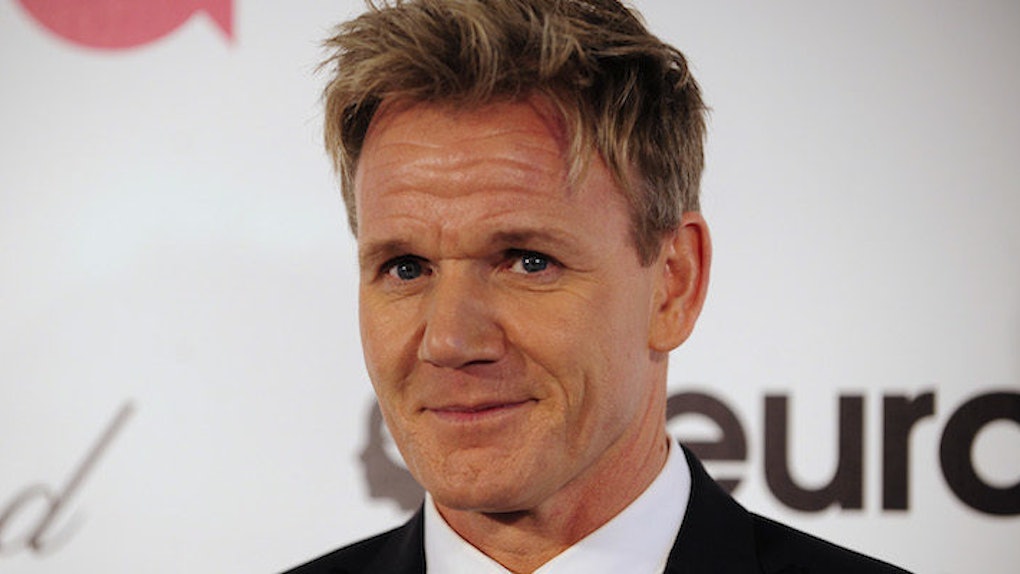 Do You Think This Baby Looks Like Gordon Ramsay?

1) Being very good at cooking. 2) Making people hate themselves and then being nice. 3) Having a face like a sock that has been left outside all winter. 4) Having hair as gold and beautiful as a hay field at dawn, in the middle of a sun shower, on the day you get married.

Until, late one night, after a long, rewarding day of making people feel bad about themselves, Gordon decided to clean his copper pots (he does this some nights in order to calm his mind, so that in the morning, he will be able to think of more creative and intricate ways of humiliating people while they cook brisket).

All of the sudden, as he polished his most beautiful pot, he saw a face in the surface of the orange-gold metal!

He placed the pot on its hook on the wall (where he keeps it to intimidate the other pots) and asked it,

Mirror pot, mirror pot, on the wall, who has the weirdest face and hair combo of them all?

The mirror pot was silent for a moment. But soon enough, it answered,

@GordonRamsay this is our baba - have you been in Wales for any reason around 10 months ago pic.twitter.com/yLesQ6qEpe — Claire Dempster (@Claire8ball) May 26, 2016

Gordon Ramsay was furious when he saw this baby's fresh-birthed scowl and the baby's beautiful, chaotic sunburst of hair.

He responded with this.