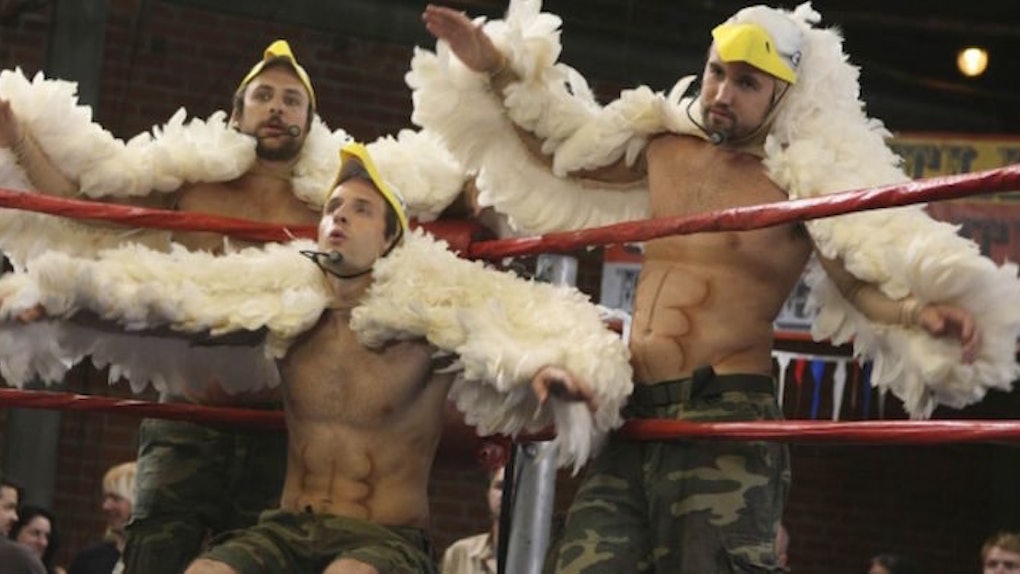 10 Ridiculous Moments That Could Only Happen In Underground Wrestling

Detractors of professional wrestling have traditionally relied on cries of "IT'S FAKE" to prove they know how to point out the obvious while simultaneously proving they don't understand its appeal in the first place.

Fans of the popular form of rigged sports entertainment (FIFA notwithstanding) watch wrestling for a few reasons, and the truth is the predetermined outcomes and implausible storylines make it more entertaining.

It's also fairly hard to fake lifting a 300-pound-man in a leotard over your head and throwing him through a table from the top of a steel cage erected 20 feet above the ring. Holograms aren't nearly this advanced.

I don't want to undermine the skills of the uninsured wrestlers who put their necks on the line for the WWE, but thanks to the amount of red tape holding Vince McMahon's legacy together, there are certain things wrestlers just can't really get away with.

However, there's one federation out there that manages to consistently churn out some of the most creative and entertaining matches out there: Pro Wrestling Guerrilla.

Over the summer, PWG held a series of three shows in Los Angeles that sold out in the same number of minutes. Here are a few of their proudest moments that should give you a pretty good idea about why that happened.

The best wrestling crowds don't just blindly cheer and boo based on who the architects of these oiled-up soap operas designate as "good" and "bad." PWG fans know this, and their participation has led to some incredible matches.

However, I don't know if anything will top the time they cheered in slow motion as the wrestlers in the ring did what they're paid to do at a fraction of the normal speed. This is the crowd every other wrestling crowd should look up to as a role model.

To this day, I don't think I've seen a more absurd moment than The Most Illegal Movie In The History Of Wrestling (which involved one of the wrestlers casting a hypnotic spell on everyone else in the ring).

However, pulling out an invisible grenade and shoving it down the back of your opponent's trunks before it detonates and knocks down everyone else in the ring has to be pretty close.

In more hardcore wrestling matches, the ring will sometimes be covered in sharp objects like tacks or jacks that are used to make every fall more excruciating than the last.

However, sharp objects have nothing on a pile LEGOs carelessly tossed into the middle of the ring. This is what Hell looks like.

There are a lot of things wrestlers have to be concerned about over the course of a match.

The first is getting unexpectedly sabotaged by an unforeseen enemy at an incredibly inopportune moment. The second is protecting their testicles from serious injury at all time.

These guys failed to prepare for either scenario.

A Conga Line Of Wrestlers

I'm sure there are more technical terms I can use to describe what's going on here, but I'm sticking with "conga line."

It's Stone Cold! And The Rock! But Not Really!

It's one thing to stage fake matches in your basement with your brothers exchanging signature moves from your favorite wrestlers until someone ends up with an injury that requires a hospital trip.

It's another to perfectly channel the spirit of two of the most popular professional wrestlers from the past couple of decades -- complete with a full pitcher of beer -- and put on an entertaining match.

This is why these guys are (semi-)professionals.

Ronda Rousey Gets Into The Action

However, if this was going to happen in the WWE, it would be overly-scripted and entirely choreographed as opposed to a seemingly coincidental encounter at ringside.

These next two are a little different than the previous entries. They didn't technically take place at PWG-sanctioned events, but the participants are essential figures in the lore.

They're kind of like Wu-Tang affiliates, but instead of learning a real martial art they've mastered the art of theater.

Some of that theater involves a fan repeatedly chanting "Super Dragon!" -- the name of a PWG cofounder and crowd legend -- until the wrestler climbs out of the ring to shut him up.

A Little Kid Gets Super Kicked In The Face

By now, you basically expect Cena to make the dreams of a young kid come true every single day. The Young Bucks also made this 9-year-old fan's dream come true, and they did it by kicking him in the face.

I can't think of a better way to end this than with one of my favorite endings to a PWG match: the Super Kick Party.

If we still haven't figured out how many licks it takes to get the center of a Tootsie Pop, then I can't even imagine how long it's going to be before we find how many super kicks is too many.