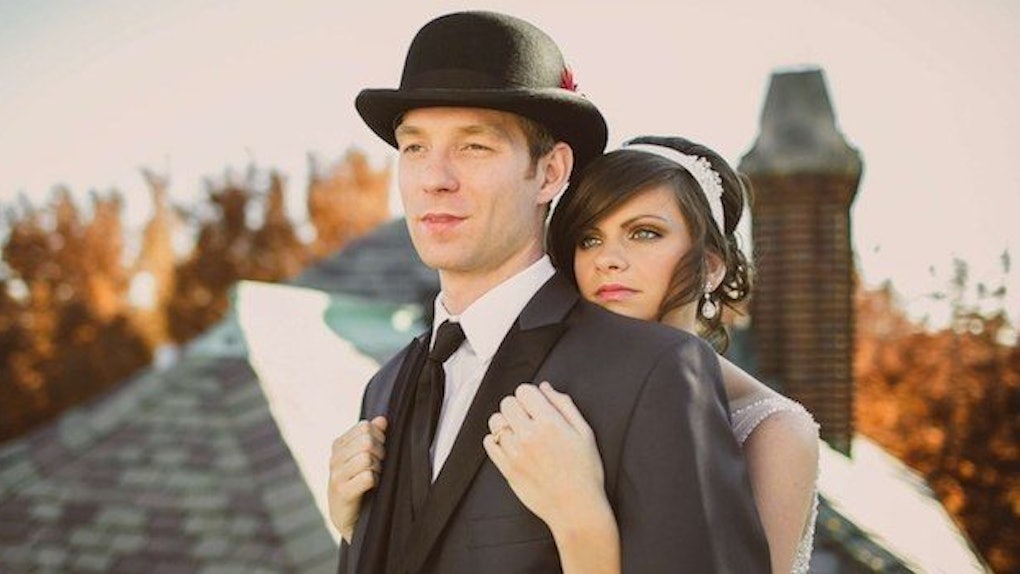 Everything About This Wes Anderson-Themed Wedding Is Just Perfect (Photos)

While some people prefer to take traditional routes when tying the knot, others use their weddings as opportunities to make the big day truly special and unique.

This Indiana-based couple decided to ditch the normal nuptials and opt for a wedding inspired by their favorite film director.

The couple shot on location at The Inn at Irwin Gardens in Columbus, Indiana, and vendors from all over the country came to lend the couple a hand with this beautiful shoot that is set to be featured in an upcoming issue of Utterly Engaged magazine.

According to Van Elk,

Each detail was chosen to be a reflection of Wes Anderson's characters and the scenes of many of his movies. When it comes to the cinematography in his movies, I love the symmetry and the unconventional composition of love scenes. Personally, his main characters are a huge inspiration for me.

Take a look at the pictures below to see this incredible Wes Anderson-themed wedding.

...and her husband, Steven.

So, they decided to have an awesome Wes Anderson-themed photo shoot for their wedding.

With the help of Ashleigh Fisher of AWF Events, the couple was able to create an incredibly stylized shoot.

The photo shoot was held at The Inn at Irwin Gardens in Columbus, Indiana...

...and many of the photos were styled after "The Royal Tenenbaums."

According to Van Elk, “Each detail was chosen to be a reflection of Wes Anderson's characters and the scenes of many of his movies."

Every single last detail perfectly captured the feel of a Wes Anderson film -- from the flowers...

And the bridesmaid dresses...

To the film reel save the dates...

...and even the marshmallow scene inspired by "Moonrise Kingdom."

The adorable wedding invitations did, too.

The suitcase was inspired by "The Darjeeling Limited."

The blue details used throughout the shoot referenced "The Life Aquatic with Steve Zissou."

Due to the cinematic nature of the shoot, Van Elk decided to use actors instead of models.

Elk revealed, "Since we were creating a shoot inspired by movies, it was important to create emotion and movement within the images.”

Everything perfectly captured the feel of a Wes Anderson film.

Even the menu cards were created around what the couple thought Wes would serve for dinner.

According to Van Elk, "Although we used a lot of inspiration from his other movies, our whole goal was to create a collection that looked like Wes Anderson planned a wedding for his characters for our current time period by putting a creative twist on some of the details.”

If you ask me, they did a pretty awesome job.