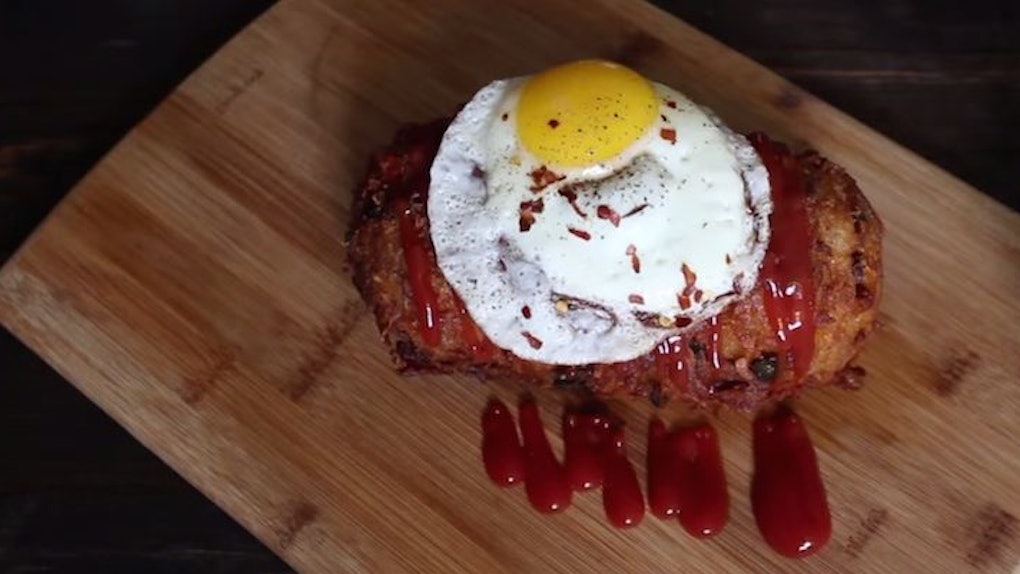 The only thing better than an abundance of freshly baked tater tots is one giant tater tot.

Well, everyone's favorite belligerent cook, The Vulgar Chef, took up the challenge of actually crafting one.

Not too long ago, we introduced you to his Mac 'N Grilled Cheese Kebab; it was absolutely beautiful.

But now, it's all about this Giant Stuffed Tater Tot crafted using a total of seven large potatoes.

Yes, seven taters to make one single tater tot. It's something you've never seen before. Ever.

And above is the video of The Vulgar Chef making it a reality.