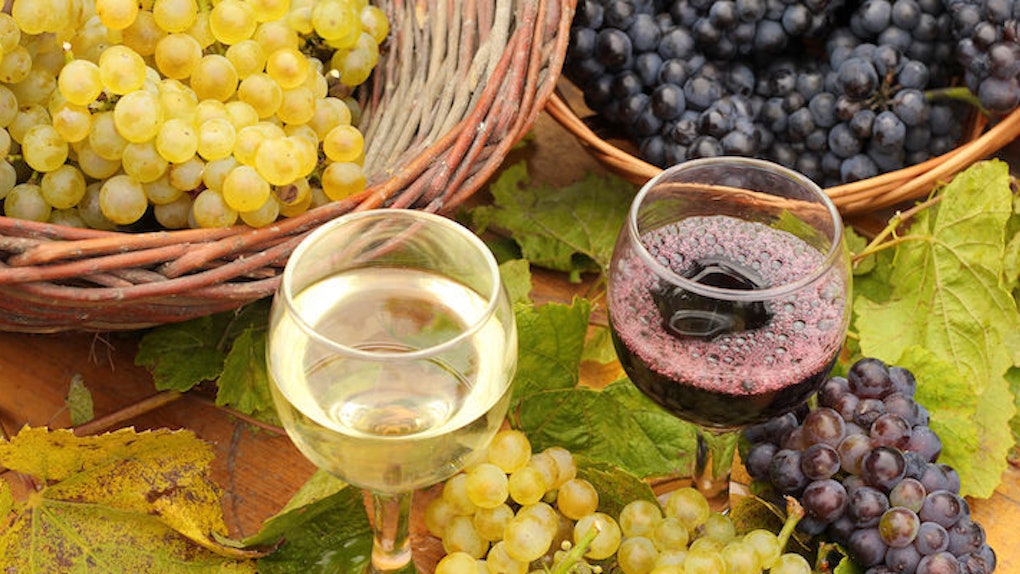 This Super-Cheap Wine May Taste Fancy, But It's Missing One Key Ingredient

A few mad scientists from Ava Winery are scheming to create a line of wines that taste like the fanciest varietals while setting you back a fraction of the cost. The thing is, these new wines won't contain a single grape.

Back up a second -- a wine with no grapes?

That's right. According to Metro, the winemakers say they can "turn water into wine in 15 minutes." Using amino acids, sugar, "flavor compounds" and a healthy dose of ethanol, the dudes at Ava Winery claim they can replicate the taste of vintage varietals -- like a 1992 Dom Perignon for instance -- synthetically.

As you might have guessed, this winery is actually a San Francisco startup. According to its website,

We started Ava with the goal of making the great vintages accessible to all. While the Mona Lisa is one of a kind, its replicas would not exist if they did not bring some enjoyment to their owners. In many ways, widespread distribution of the replicas helps reinforce our appreciation for the originals. Ava's mission is to recreate the experience without having to recreate the process.

They also want you to think beyond the wine itself, saying,

Picture how humanity creates food in 5,000 years. We believe foods will be designed the way clothing is designed and printed with the ease that we print on paper today. The future of creating foods with total control can't be realized if we don't understand the "inks" that will be used to print these foods. Ava's pursuit of the molecular reconstruction of food will help push the envelope of the food tech revolution.

God comparisons aside, if their method works, we could be looking at the future of winemaking. Then again, there is the possibility this synthetic Jesus juice could taste terrible. In which case, we'll be back at square one, drinking our way through boxes of Franzia chardonnay. Sounds like a win-win to me.

Citations: Stop everything: Synthetic wine that tastes like the real thing but costs less is on its way (Metro)