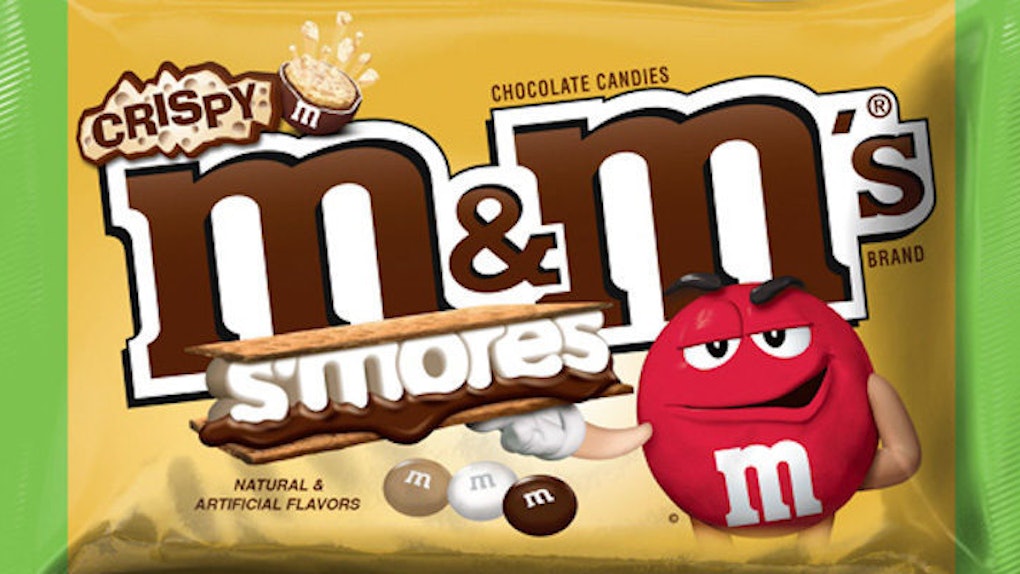 If you're a diehard fan of the crispy M&M, then we can easily make two assumptions about you: You're likely a sociopath and you're definitely going to love Hershey's latest unveiling: Crispy M&M's S'mores.

The packaging looks absolutely bonkers with the red M&M dude standing like a sleazy used car salesman and crispy somethings exploding from half of a brown M&M. We can infer from the image on the package that the white, beige and brown M&M's must represent the marshmallow, graham cracker and chocolate, respectively.

But is it a three-in-one kind of deal where each piece of candy has all the flavors going on? Or do we need to eat a whole handful to get the desired s'mores effect? I mean, we all plan on eating them by the handful anyway (let's get real), but the information would be nice to have regardless.

Whatever the case, we're 100 percent down to get our summer and our s'mores on. So, if you're not really the camping type, keep the pyrotechnics to a minimum and grab a bag of M&M's instead.