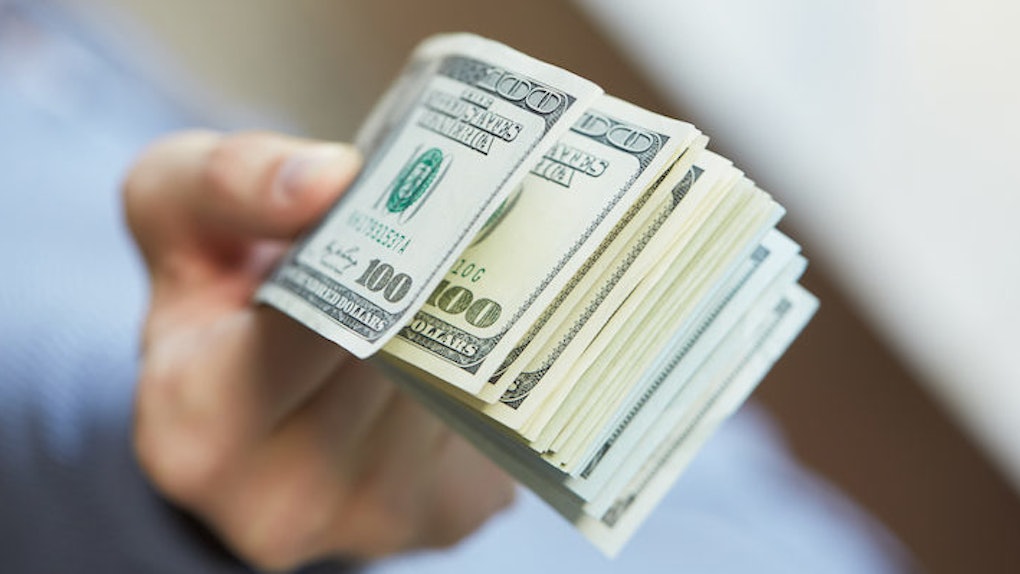 When I was younger, I couldn't wait to be an adult and have the freedom to do whatever I wanted.

However, there's one thing no one tells you about going off into the world on your own.

Being an adult means you have to pay for all your own sh*t.

Now, in theory, that doesn't sound too bad... until you realize we live in a world where everything is really, really f*cking expensive.

This makes saving money really hard, especially if you're an unemployed college student or a recent grad who's living in a city where 90 percent of your meager paycheck goes toward paying the rent for your closet-sized studio apartment.

Yep, the adulting struggle can be seriously real.

But when it comes to making ends meet, sometimes you just have to get a little creative with your penny pinching and figure out some unconventional ways to lighten your financial burdens and ball out on a budget.

I recently asked a bunch of people to confess all the ways they shamelessly save money and, I must say, while some of these methods might be kind of unethical, they're also pretty damn ingenious.

Here are some of hilarious stories about people saving money we can all relate to.

In college I joined every club possible just so I could get free meals whenever they had events. I went to easily three 'Jewish Law in BioEthics' lectures during my time in college... not that I cared about Jewish law, biology or medical ethics. - Eitan, 26

I've been stealing the toilet paper from the lobby bathroom of my apartment building for over a year. The downside is that they're those huge commercial size rolls, so they won't fit in a normal toilet paper holder -- but hey, at least it's free. - Christina, 24

Whenever I don't want to spend money on lunch I go to Costco and eat a sh*t ton of free samples. This normally will hold me over until dinner time and some of the samples are actually pretty good. -Patrick, 23

I've been signing up for free three-day trail memberships at Equinox and Crunch gyms for about a month now. You can literally sign up for as many as you want, just make sure it's a different location each time. They never catch on! -Jasmine, 25

A few weeks after moving into my new apartment, I knocked on my neighbors' door and told them that my WiFi suddenly stopped working and that I need to download an important file for work ASAP. They're pretty nice people so they invited me to come inside for a few minutes and gave me the password for their WiFi. I've been using it ever since instead of paying for my own. -James*, 22

My friends and I always sneak into art gallery openings before heading to the bar. They always have free wine so you can pre-game without having to pay for booze! -Talia, 23

I'm not a student anymore but I still use my college ID for discounts. -Stacey, 31

I've gone to the gym strictly to shower and save money on my water and heating bill. I'm not proud of it, but also can't say I'm ashamed of it. -Robb*, 25

In college, I worked exclusively at coffee shops and bakeries so I could get all my meals and coffee for free (I lived off of croissants, but whatever), and used to hit up the Women's Health Center at my school to scoop up free tampons/condoms. -Gillian, 23

I cut corners in the kitchen. I use one metal pot as my mixing bowl, pot and baking tray. I could definitely afford to buy a damn bowl and baking pan for like $6 each but why bother when this works just as well? -Anna, 23

My roommate is constantly traveling for work, so whenever I know he's going to be gone for a couple of days I rent out his room on Airbnb. He has no idea and would probably kill me if he ever found out! -Mike*, 29

Until I was, like, 22 I stole every pair of sunglasses I ever owned because it seemed like a superfluous expense but a semi-necessary accessory especially in summer months. -Taylor, 26