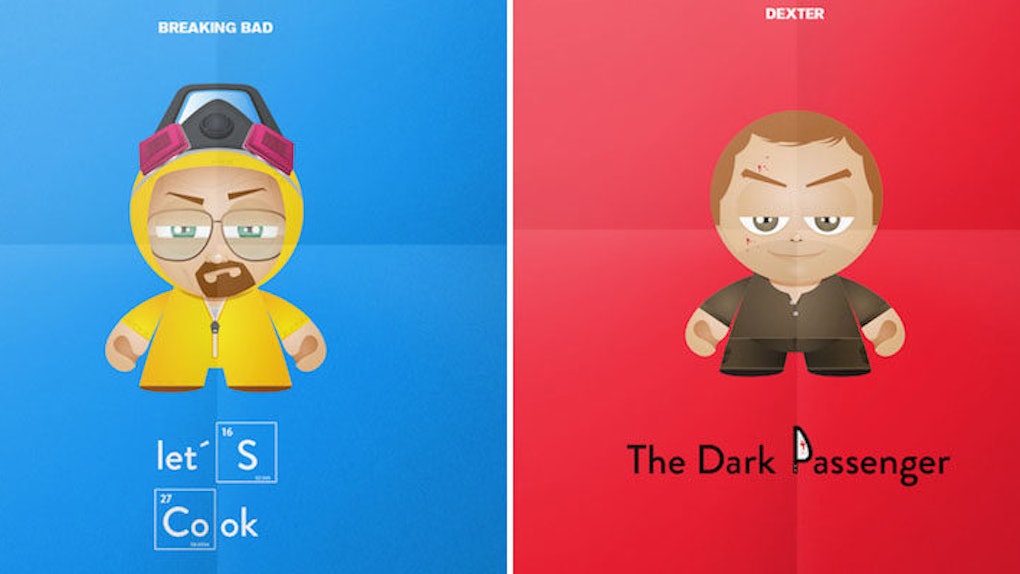 Art can be a great way to tap into your creative side and pay tribute to your favorite pop culture icons.

But when it comes to creating some awesome fan art, there's a right way to do it and a wrong way to do it.

Remember when we showed you all those botched celebrity drawings one guy posted all over the Internet?

Well, that is definitely the wrong way.

Luckily, there are still some people left out there who know how to create a star-studded masterpiece, like Luciano Laborde.

This Indicius illustrator recently set out to create an awesome series of pop culture illustration posters that comically showcase all of your favorite famous people.

To make these illustrations, Laborde first created a cartoon avatar and then modified each one to create a variety of artists, movie directors and characters from popular television shows.

From Walter White and Woody Allen to Andy Warhol, there's no denying that all of Laborde's illustration posters look amazing. Not to mention, some of them are actually pretty hilarious.

Take a look at the pictures below to see Laborde's awesome character illustrations.