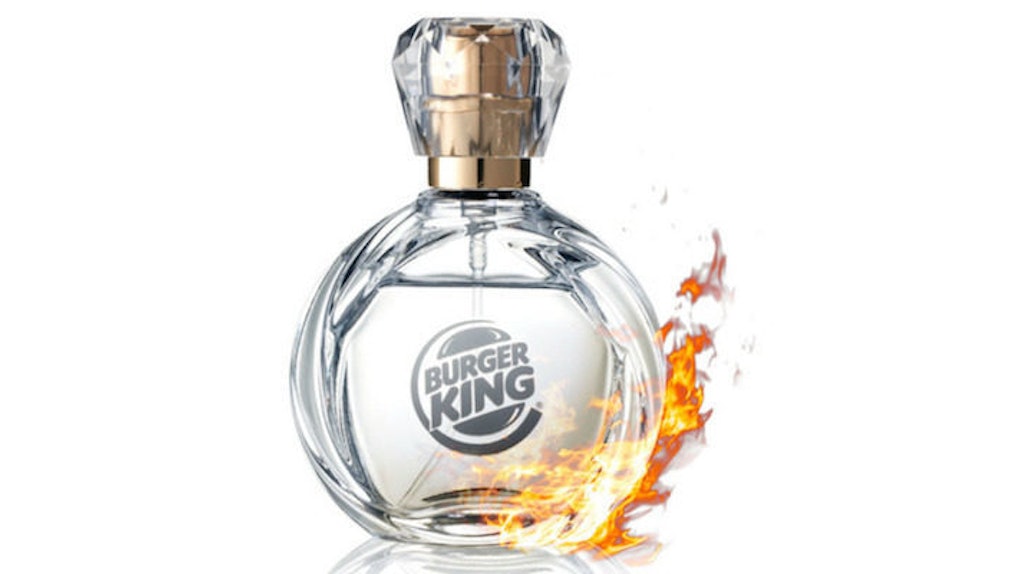 WTF? There's Now A Perfume That Smells Like A Burger King Whopper

From celebrities to fashion designers, it seems like everyone is coming up with a signature fragrance these days and apparently, fast food restaurants are no exception.

That's right, Burger King just announced it will release a delectable new perfume in honor of Whopper Day on April 1.

The moutherwatering scent is called Flame-Grilled and it reportedly smells just like your beloved Whopper.

Plus, you even get a free burger if you buy a bottle of this saucy scent because let's face it, smelling your delicious self all day is bound to make you hungry.

While this thing seems like it could be a pretty hilarious April Fools' Day prank, the King did release a cologne called Flame back in they day. So, you shouldn't be totally surprised if this isn't just a hamburger hoax.

This delectable scent smells just like a big, juicy Whopper.

Check out the video below for a closer look at this delicious perfume.