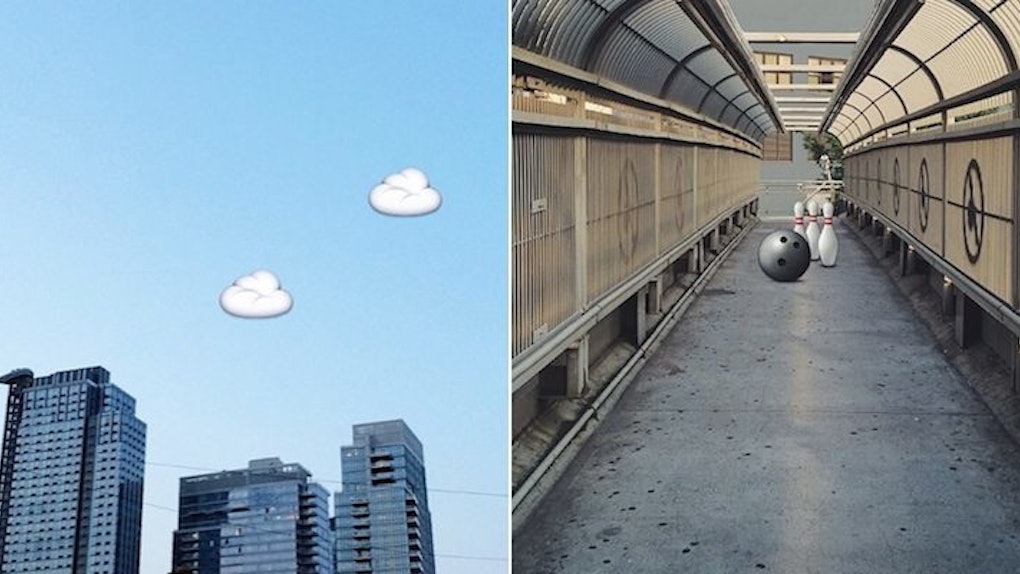 If you own an iPhone, you know using emoji is a big part of your daily routine.

Whether you're texting your parents using innocent smiley faces or trying to get the point across to your ex that he or she a piece of sh*t [insert poop emoji here], these little emoticons make communicating a whole lot easier.

For one Brooklyn-based art director named Brad Warsh, emoji are such a big part of life, he created a photo series using emoji in real-life situations.

According to BuzzFeed, Warsh used his iPhone to snap all of the photos used throughout the project titled "Emojis IRL."

Once he captured the perfect shots, he began editing emoji into photos where they fit best.

Placing emojis in real life is just a fun side project I do in my spare time. All of these are created 100 percent on my iPhone.

The results? They're emoji-tastic. That's fantastic in emoji, by the way!

How often do you use emoji?

Most people who own smartphones use them every day.

As a matter of fact, this particular type of emoticon became popular beyond text messaging.

Whether you're using them to chat with friends or within your tweets and Facebook updates, the possibilities are endless.

In a recent interview with BuzzFeed, the 29-year-old revealed, "I realized I had a pretty good eye for naturally integrating emojis into real world situations."

If you take a step back and think about it, there are plenty of ways emoji can be incorporated into everyday life!

He added, "They've become such a natural and recognizable part of life which is weird and cool."

You'll never look at the outdoors the same way again...

The coolest part about this photo series is you can make your own additions to it by using the hashtag #Emoji_IRL on Instagram.

Every emoji has a purpose...

Even the train emoji...