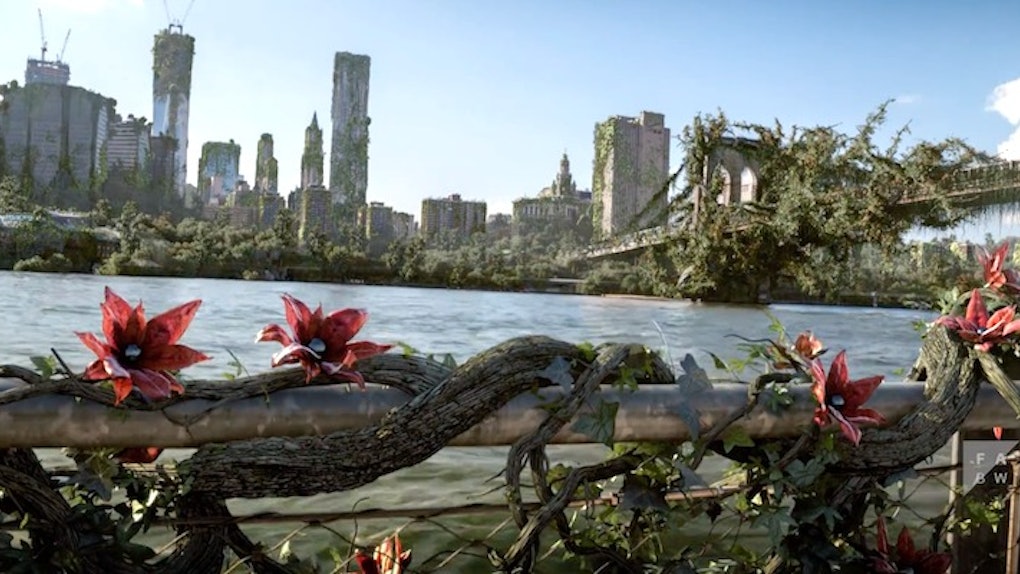 When visualizing New York City, it's natural for bustling streets and chaotic underground subway platforms to come to mind.

But what would the Big Apple look like covered in plant life? In a recent video uploaded to Vimeo by Crave, we're introduced to "Wrapped," a breathtaking rendering of what the concrete jungle would look like as, well, a concrete jungle - literally!

"Wrapped" is a graduation short film from Filmakademie Baden-Wuerttemberg, created at the Institute of Animation, Visual Effects and Digital Postproduction. After running at over 100 festivals worldwide and winning numerous awards, the film is finally online.

Looks like students everywhere need to step up their graduation projects.

As the camera pans throughout the city, focusing on a few key elements NYC is known for, plants and greens begin to consume the sidewalks, buildings and even the city's infamous rats.

I must admit, it's pretty damn trippy!