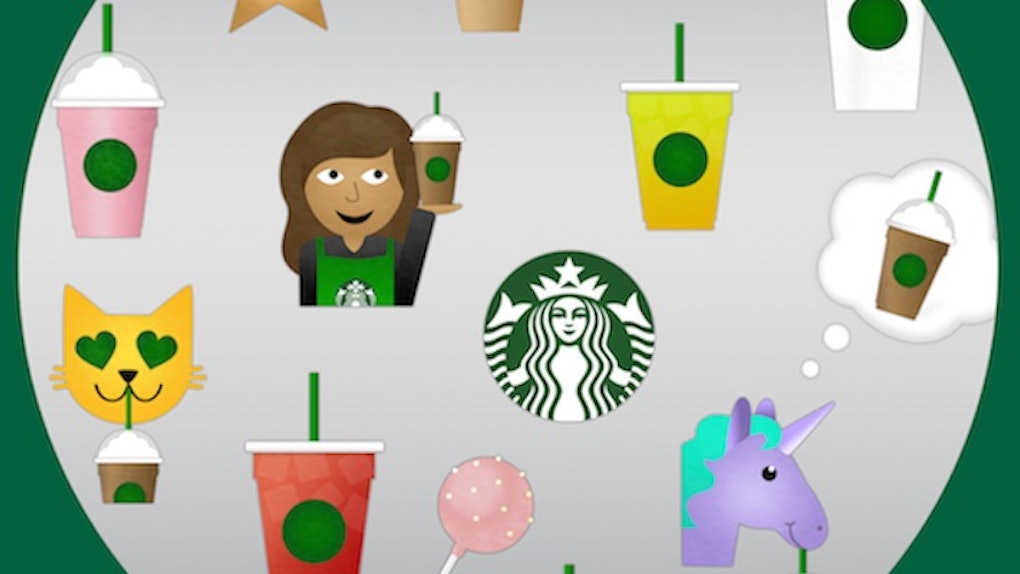 These New Starbucks Emojis Will Completely Change The Way You Text

In fact, if I had it my way I would probably just use straight-up symbols to communicate with people instead of actual words.

Because let's be real, using Kimojis to send someone a crying Kim K face seems a lot cooler than just telling someone you're upset.

If there's one thing I love just as much as keeping up with my friends via Kardashian-themed emojis, it's coffee.

Yep, like most New Yorkers I am hopelessly addicted to caffeine.

So obviously, I'm super excited about the fact Starbucks now has its very own emojis.

That's right. Starbucks just launched its first coffee-themed keyboard, so now you can tell your friends you're going on a Starbucks run by simply sending them a purple unicorn sipping on an iced coffee.

I know, what a time to be alive.

The emoji app will be updated throughout the year, and it currently features a variety of your favorite drinks, like Frappuccinos, iced tea and regular coffee.

Check out the pictures below for a closer look at this awesome keyboard.

Texting is about to get even better...

...because Starbucks just launched its very own emoji keyboard.

The keyboard features a bunch of awesome symbols that range from Frapps and iced tea emojis to coffee-loving cats and even purple unicorns sipping on the good stuff.

The Starbucks keyboard works with iMessage, Facebook Messenger, WhatsApp, email and other messaging platforms and can be downloaded for free on iPhone and Android devices.