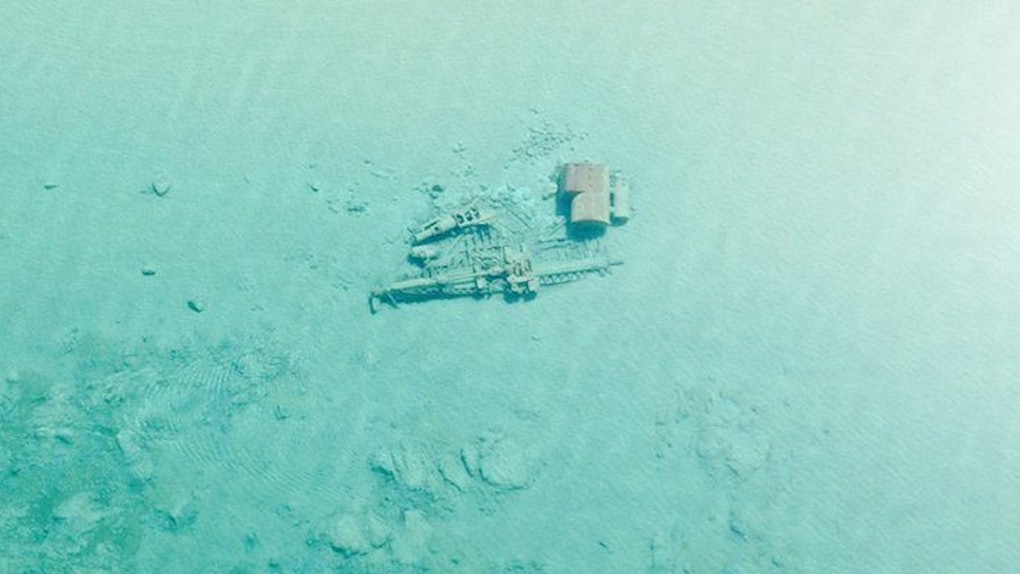 When you think of turquoise, crystal clear water, the last thing that probably comes to mind is a lake.

But right now, the waters of Lake Michigan are so clear, you can actually see shipwrecks sitting on the bottom of the lake.

During a routine patrol, the US Coast Guard in Traverse City spotted the remains of several sunken shipwrecks from the sky.

Since these guys didn't have that much information, they took pictures of the wrecks and posted them on Facebook to see if social media users could help them out.

Although one person found a map showing some of the lake's shipwrecks, they've only been able to identify the James McBride, a ship that sunk near Sleeping Bear Point in 1857 and has been concealed under several feet of water ever since.

Take a look at the pictures below to see these shipwrecks in Lake Michigan.

This may look like the pristine waters of the Caribbean...

...but the shipwrecks are actually sitting on the bottom of Lake Michigan.

The lake is so clear right now, you can actually see the bottom.

During a routine patrol over Lake Michigan, the US Coast Guard spotted a bunch of these sunken ships from the sky.

They posted pictures of these incredible wrecks on Facebook to learn more about the backstories of these forgotten boats.

So far, they've only been able to identify the remains of the James McBride.

Citations: Lake Michigan Is So Clear Right Now You Can See Shipwrecks From The Sky (BuzzFeed)