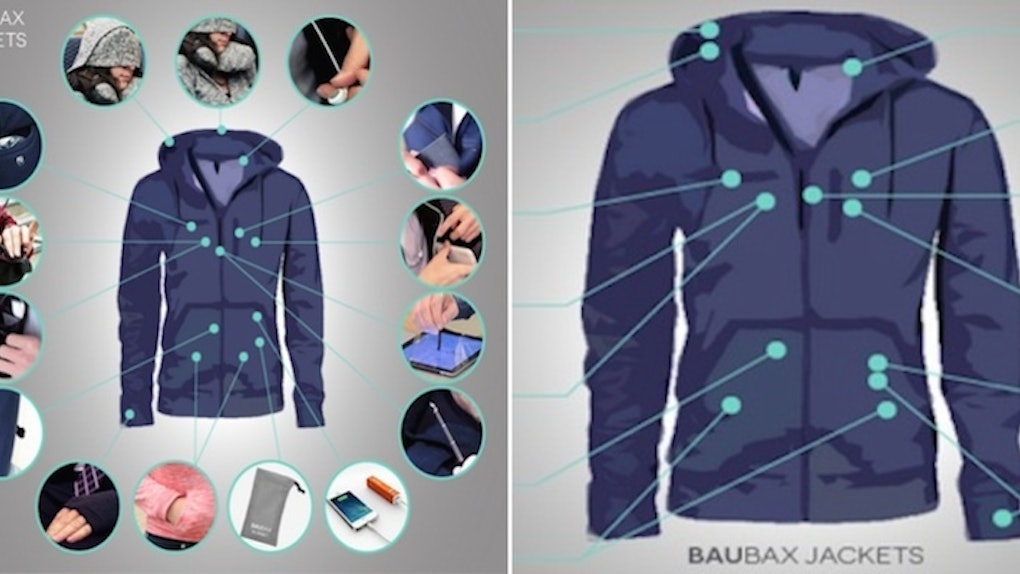 Jacket With Insane Amount Of Pockets Is Absolutely Everything Right Now

I've never been more excited about the concept of pockets.

Listen, I know a pocket isn't exactly an exciting part of a jacket.

I would actually venture to say pockets are the second least exciting parts of a jacket, right behind hoodie drawstrings and right above random Velcro strips that cover zippers for some reason. Patches professors have on their elbows are the most exciting parts of jackets, by the way.

All that being said, BauBax Jackets have so many pockets, I stood up and applauded my computer screen for 15 minutes after I watched the Kickstarter video.

This is the most interesting promotional video about a jacket you will ever watch, and I guarantee it will reawaken your love of fabric patches stitched to your clothes to hold your stuff.

Look at it! Just shut up and look at it!

If you're not sold, then you have no heart, and I'm truly sorry for whatever happened to you when you were younger that is keeping you from enjoying this modern marvel.

The BauBax team originally set out to raise $20,000 through its Kickstarter, but it has already raised over $3 million, making this the most funded clothing project in the history of crowdfunding.

I bet she's carrying so much stuff right now.

The jackets will ship in November of this year, but you can pre-order one by backing the project in exchange for the reward you want. The jackets will retail for $160 to $200 once they get released to the public.

These guys deserve a Nobel Peace Prize or a presidency or something.

Citations: Everybody Is Freaking Out About This Magical Jacket Full Of Pockets (Buzzfeed)