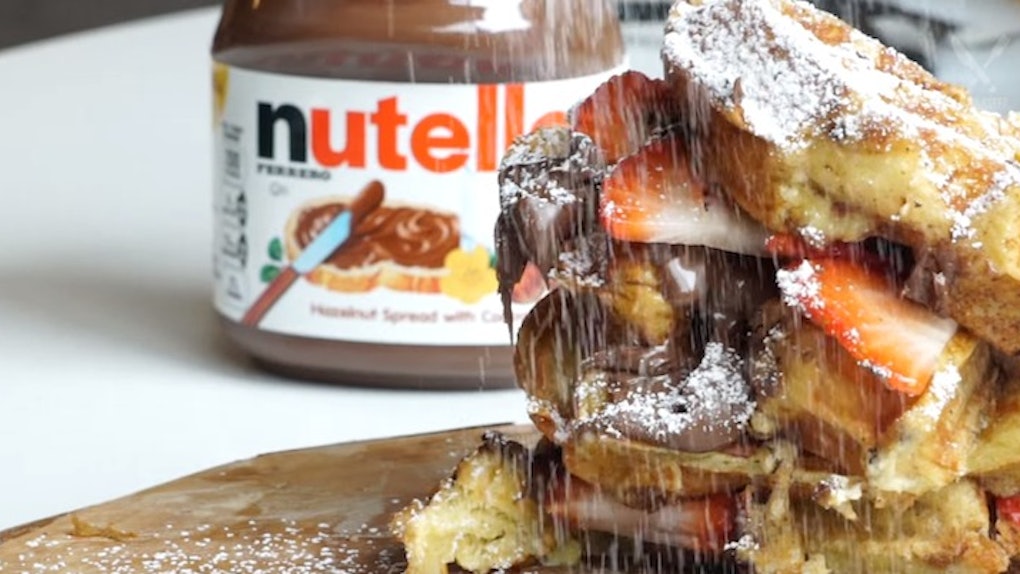 French toast, waffles and Nutella are all pretty damn amazing on their own.

But, you know what happens when you combine this trifecta of tasty ingredients? You get a seriously bougie breakfast that basically tastes like pure bliss.

Feast your eyes on the almighty Nutella French Toast Waffles.

Created by the evil geniuses over at Food Steez, this mouthwatering meal takes breakfast to a whole new level of deliciousness by transforming your beloved French toast into a badass waffle.

After the French toast is taken out of the waffle iron, the whole thing gets smothered in a thick layer of chocolatey Nutella goodness.

But, it doesn't end there. Strawberries are added, that sh*t gets sandwiched together (because, let's face it, everything tastes better in sandwich form) and the whole thing is finished off when you make it rain powdered sugar.

If the thought of this is making you drool right now, you'll be glad to know you can actually make these incredible Nutella French Toast Waffles right at home since Food Steez was nice enough to break the whole cooking process down in an awesome video on YouTube.

They look pretty easy to make, so there's literally nothing stopping you from stuffing your face with these bad boys.

Check out the video for a closer look at how it's all done.