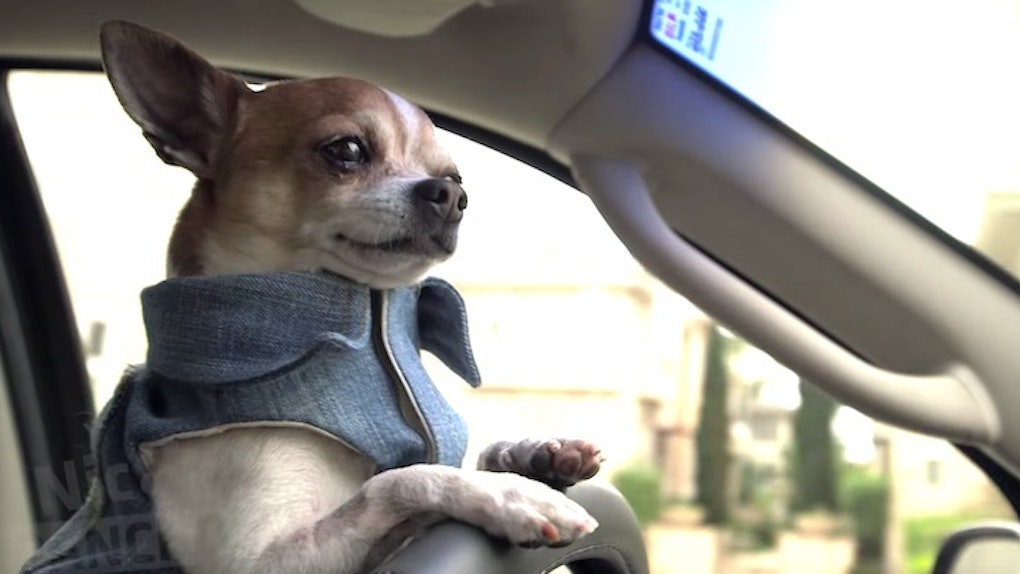 If you ever owned dogs, or any pets for that matter, there's a big chance that you've wished you could trade lives with them.

There's just something so envy-inducing about the fact that they get to lie around and chill all day while we slave away at our desks for eight hours a day.

I mean, who wouldn't want their only responsibilities to be finishing all of their food and chasing after toys?!

In a recent video uploaded to YouTube by Nic and Pancho, we're introduced to a guy named Nic and his best friend, a chihuahua named Pancho.

The video starts off normally until you realize Nic has swapped lives with his dog.

Nic wakes up in his dog's bed with a leash around his neck while Pancho sleeps comfortably in Nic's bed under the covers.

The video continues with Pancho going about his daily life as he brews some coffee, sends out a few emails and even takes the car out for a spin.

If you ever wondered what it would look like if you swapped lives with your dog, this is it!