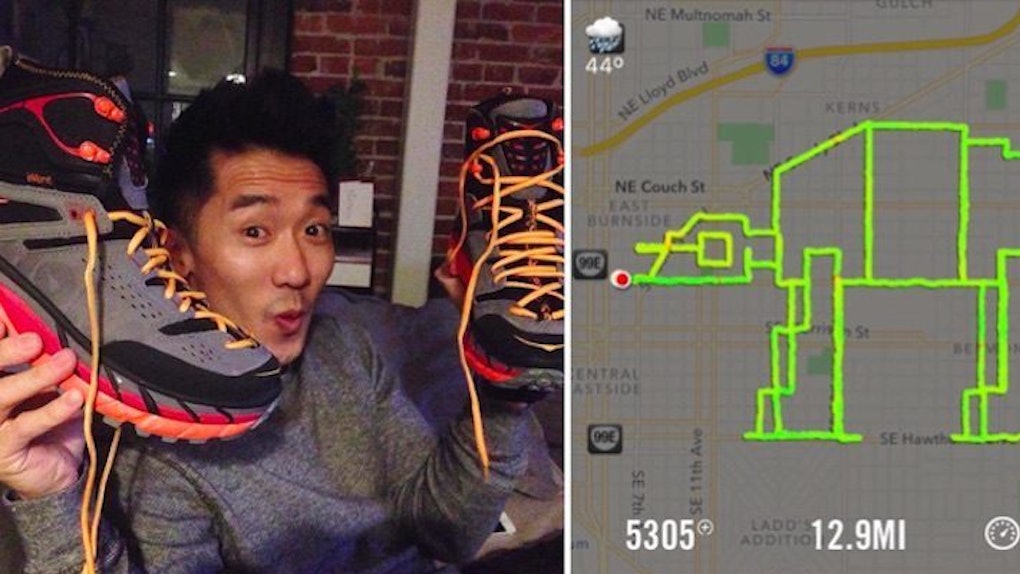 When it comes to being the most dedicated "Star Wars" fans around, some people are really willing to go the extra mile.

I recently stumbled across one awesome runner, Gene Lu, who seems to loves "Star Wars" just as much as he loves staying in shape.

Yep, Lu often runs about 10 to 15 miles around the city of Portland, Oregon.

But, that's not all.

If logging an insane amount of miles isn't enough to impress you (and make you feel seriously lazy about your own workout routine), you'll be glad to know pounding pavement isn't the only thing Lu does during his runs.

This dude also uses the Force of his fit physique to run strategic routes that result in all sorts of badass "Star Wars" characters on his Nike+ map.

Take a look at the pictures below to see some of Lu's amazing running routes.

This fit dude from Portland, Oregon loves "Star Wars" just as much as he loves running.

So, it only makes sense he would combine the two and use his running routes to create all sorts of "Star Wars" characters on his Nike+ maps.

Lu ran on the dark side with this 15.5-mile Darth Vader route...