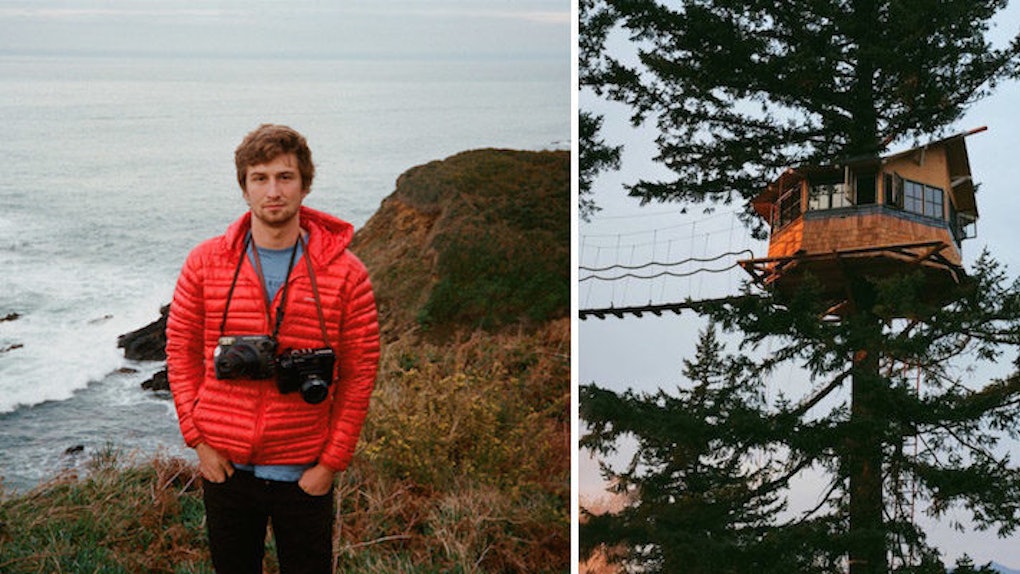 Let's face it, having dreams of building your own treehouse used to be a nightly occurrence for everyone.

There was just something way cooler about a wooden house in a tree rather than a warm, cozy bedroom with carpeting, electricity and all of the gaming consoles you could ever want.

Even as an adult, having your own personal treehouse would be awesome.

Unfortunately, most of us aren't man (or woman) enough to drop everything and travel the world in a van in search of the best place to build the ultimate treehouse. But that's exactly what Foster Huntington did.

We introduced you to Huntington, the ex-Ralph Lauren designer, when he left his high-paying job in New York City to travel the country with his friends. During their expeditions, however, Huntington found the perfect place to build his dream home.

In our previous article about his journey, Huntington had just began to lay the foundation for the house.

This time, he's back with an announcement: His treehouse is finally done, and it looks insanely awesome!

I mean, what other adults do you know with their very own treehouses and skateparks to call home?!

In a recent interview with Mpora, Huntington revealed,

I've been [traveling] for the last three years and I wanted to set up a home base. I really liked living in a small space, like in my camper, and a treehouse kind of seemed like a good evolution of it.

What's not to like about his wanderlust lifestyle?! Huntington's living expenses lowered significantly since leaving New York City, and property upkeep is incredibly easy when you're living in your van.

Foster Huntington quit his job to live the simple life.

He traveled across the country in search of the best spot to build his home and private skatepark.

The last time we heard from Huntington he just found the perfect spot for his place.

The 200-square-foot treehouse is finally complete!

It features windows, a bridge and a deck...

...not to mention the breathtaking panoramic views.

Huntington and his buddies were able to build a treehouse, a hot tub and a skatepark!

In addition to being able to skate freely, they can also relax in their hot tub conveniently located right below the treehouse.

Huntington told Mpora, “I feel like it's important to live in a place that's really inspiring to live and in this day and age of the Internet you can kind of work from wherever."

And just like that, Huntington can now stay inspired in his own environment and do the things he loves to do!