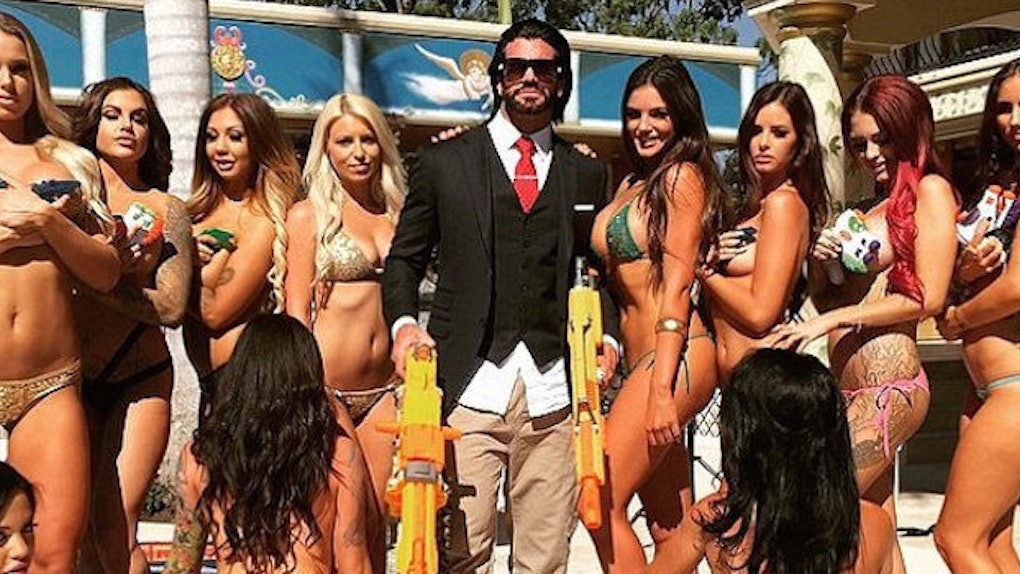 What's better than being young, attractive and ridiculously rich?

Being all of those things and having an irresistibly charming accent to boot, of course.

If you don't believe me, just ask Travers Beynon.

Aside from being a former AFL player and model, this bearded baller is a managing director of Freechoice Tobacco and the ultimate Aussie playboy.

This dude is pretty much the Hugh Hefner of Down Under, and now Beynon, who also goes by "CandyMan," is looking to create his own Australian version of the Playboy Mansion on the Gold Coast.

But, he has some stiff competition. Guys like Dan Bilzerian and Tony Toutouni stepped up their Instagram games by posting glimpses of their obnoxiously wealthy lifestyles for everyone to see.

Does Beynon have what it takes?

You be the judge. Take a look at the photos below!

Meet Travers Beynon, a man some are calling the Hugh Hefner of Australia.

He's known for throwing wild parties, hanging out with beautiful women and having ridiculously expensive taste!

He probably lives a crazier life than anyone you know.

He might even be as insane as Dan Bilzerian.

Why not? CandyMan's got the car collection...

Beynon also throws some of the craziest parties Australia has ever seen.

Not to mention, he's pretty generous, too.

Despite having just about anything anyone could ever want, Beynon's most prized possession is his Candyshop Mansion.

It's exactly where you go when you want to get thrown into a massive pool...

...or be surrounded by countless women.

So, what do you think? Does this guy have what it takes to be the next "King of Instagram"?

If he keeps doing stuff like this, the answer is probably "yes."

Citations: The Tobacco Tycoon and Former AFL Player Known as The Candyman Who Owns the Ultimate Party Pad and Has a Huge Social Media Following Thanks to his lavish lifestyle (Daily Mail)