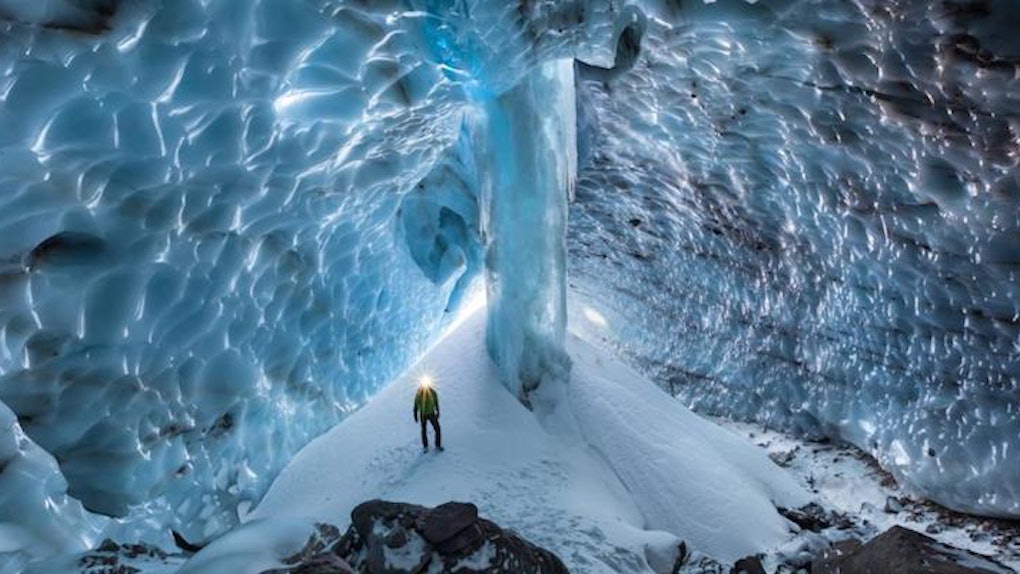 There's no denying that winter can really suck. But at times, this chilling season can also be quite beautiful.

Case in point: the ice caves discovered by Brent McGregor and Eddy Cartaya within Mount Hood.

Since discovering these incredible icy caves concealed within Mount Hood, these two courageous mountain climbers have mapped out over 7,000 feet of passages within this massive glacier-cave system.

Mount Hood is home to the largest glacier-cave system in the continental US, and its network of chilly caverns includes Snow Dragon Cave, Pure Imagination and Frozen Minotaur as well as another icy cave that remains untouched by climbers.

While these frozen river formations are known to change over time, the glacier caves of Mount Hood are starting to melt significantly and recently, the glaciers' magnificent Snow Dragon cave collapsed.

Luckily, daredevil photographer Josh Hydeman was able to capture some of the last images of Snow Dragon before it was destroyed, and they're breathtakingly beautiful to say the least.

Take a look at the pictures below to see these incredible icy caves inside Mount Hood.

This may look like your average snow capped mountain..

...but hiding on the western side of Oregon's Mount Hood...

There are actually a series of insanely beautiful ice caves concealed within the Sandy Glacier on Mount Hood.

Mount Hood is home to the longest network of glacier caves in the continental United States.

Glacier caves are formed by flowing water that eats away at the ice.

Water flows downward through a fracture and creates a vertical channel, known as a moulin, before eventually carving a horizontal passageway through the glacier.

These glacier caves are beginning to melt and recently, the Snow Dragon cave collapsed.

Photographer Josh Hydeman captured some of the last photos inside Snow Dragon, and they're simply beautiful