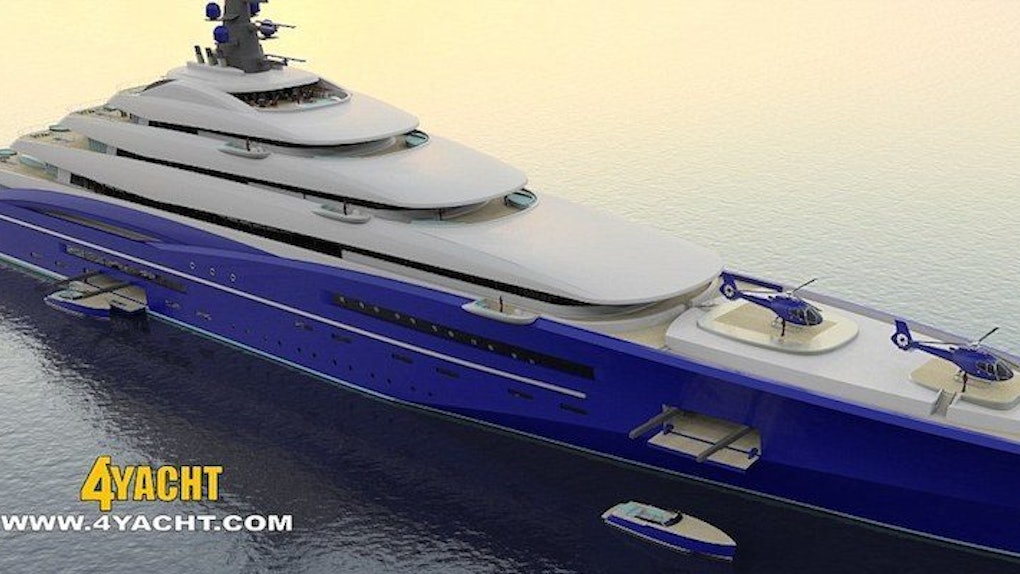 When you're worth billions of dollars, you buy yourself billionaire toys.

A perfect example of one of these obnoxiously expensive gifts? This "gigayacht" called Double Century.

Measuring 656 feet long and 88 feet above the water, this masterpiece is set to be the world's largest yacht once it's completed. According to Daily Mail, Double Century is the size of two football fields and 130 feet longer than the world's current largest yacht.

Double Century was designed by Christopher Seymour, and he's not the only one making this dream a reality. Seymour teamed up with 4Yacht yacht brokers to help market and build it.

Christopher is known for his innovative designs over many different size categories. Double Century brings his exceptional skills to the super yacht market and is sure to push the envelope into the next tier of sophisticated luxury.

It takes a special set of skills to even sketch this up... That's for sure!

Interested in having this built? You'll need to make sure you have $770 million in your piggy bank.

Double Century is a "gigayacht" set to break the record for being the world's largest yacht.

The yacht is massive, and so is its price tag.

This masterpiece is the brainchild of designer Christopher Seymour. He teamed up with yacht brokers from 4Yacht to market and build it.

When you're a billionaire with just about anything you could ever want, buy this!

I mean, who wouldn't want a yacht the size of two football fields?

As of now, there's no set date for the yacht's completion.