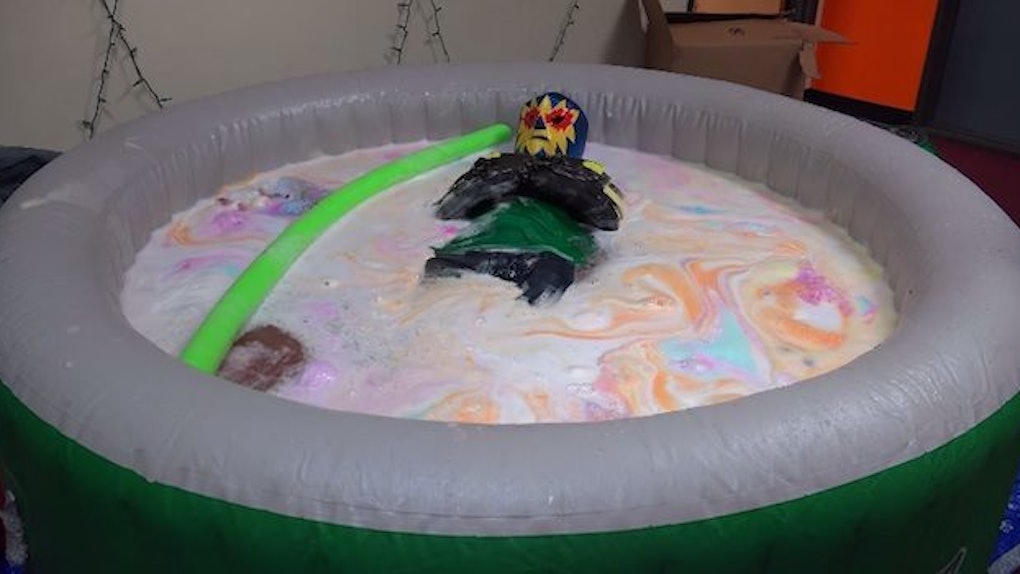 Not too long ago, James Wilson from the YouTube crew The Creatures randomly thought,

What happens when you put 50 bath bombs into one tub all at the same time?

For the unacquainted, a bath bomb is a chalky ball that fizzes and dissolves in the tub, creating sweet-smelling, mineral-infused water for the ultimate bath bliss.

The idea came to Wilson after a trip to Lush, where he discovered the soapy spheres for the first time.

I just threw out the idea in a podcast.

A few days later, Wilson and his crew decided to go ahead with the wacky experiment and set up an inflatable tub in their office.

The Creatures, as they refer to themselves, visited a local Lush in Colorado, bought 50 bath bombs (of varying scents, colors and shapes) and filmed the crazy, colorful fizz-fest for all to see.

We won't spoil it, but let's just say it's a damn miracle the inflatable pool didn't pop from all the exploding bombs.

Check out what happens up top.

Citations: This Is What Happens When You Use 50 Bath Bombs At Once (BuzzFeed)