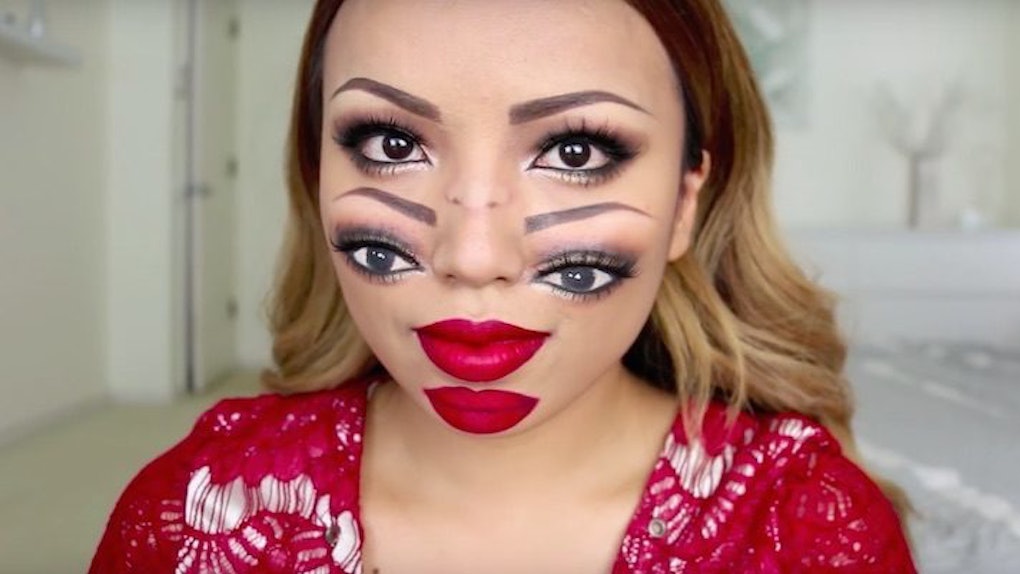 Everyone knows makeup can either make or break you when it comes to slaying the Halloween scene.

If you're looking for a cosmetic costume guaranteed to make people do a double take, look no further.

Tamang Phan, a talented makeup artist and YouTube vlogger, just took Halloween makeup to the next level by creating an awesome tutorial video that shows how to transform your face into a trippy "double vision" illusion.

In the beginning, the video seems like it's going to be a pretty standard makeup tutorial as Phan demonstrates how to achieve the perfect smoky eye and red lip combo.

But then sh*t starts to get pretty weird when she perfectly mimics her pretty peepers and red pout for a second time on her face to create a freakishly awesome appearance.

Seriously, her Halloween makeup skills are so insane, they'll make you feel like you're tripping balls.

Check out the video for a closer look at Phan's step-by-step "double vision" tutorial.