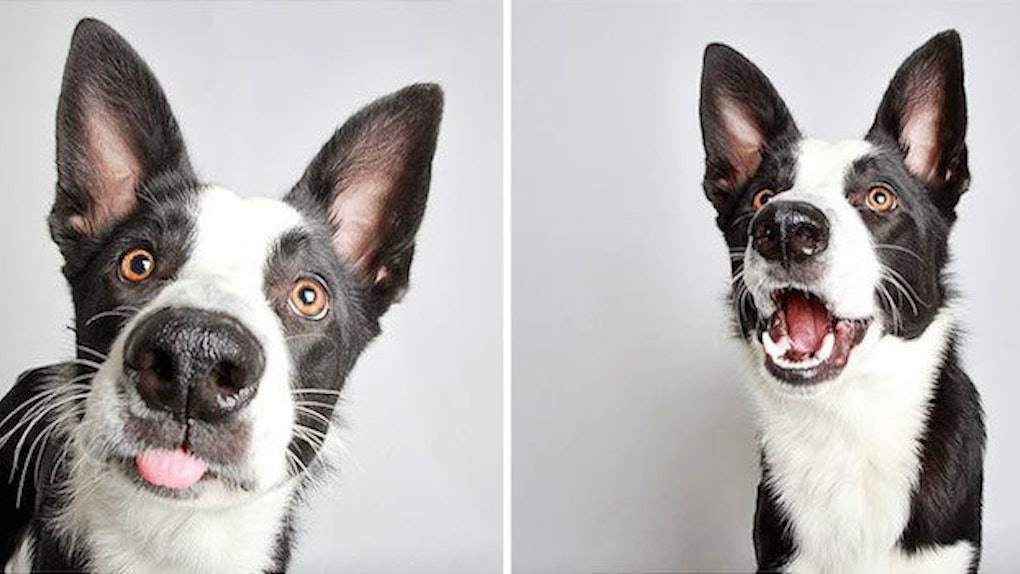 If you wanted to help a little furry friend get adopted by a loving family, how would you go about that?

One super creative photographer decided to use the magic of the photo booth to tend to just a fraction of the 70 million homeless animals that currently live in the US.

Meet Guinnevere Shuster, a skilled photographer who has helped homeless dogs get adopted by partnering with the Humane Society of Utah.

Using photo booths, Shuster is able to make these furry friends show off their expressive personalities for their potential owners.

According to One Green Planet, Shuster started the photo booth project about six months ago and, so far, adoptions are up. The best part? The Humane Society of Utah posts the photo booth strips on its Facebook account with funny blurbs about each dog's personality.

The awesome thing about this project is that it casts a brighter light on dogs that are often feeling down, shaken up and scared when people show up, hoping to add another member to their family.

Instead of hiding out in the corner of their cages with their tails between their legs, Shuster is able to almost bring an actual smile out of each pup.

Not every animal has a safe, cozy home to resort back to after a walk in the neighborhood park.

As a matter of fact, there are about 70 million homeless animals that currently live in the US.

While some are roaming the streets around the world, others of them are living in shelters awaiting adoption.

That's precisely why photographer Guinnevere Shuster is working with the Humane Society of Utah.

Shuster believes that, through photography, she can help some of our homeless furry friends get adopted.

This is her photo booth project with the Humane Society of Utah.

It helps dogs that might be down in the dumps seem a little bit happier.

Adoption centers can be a scary place for a little dog.

Guinnevere Shuster is able to bring a happier, more playful side out of dogs awaiting adoption.

Let's face it, these little guys usually aren't too comfortable around strangers.

You can't blame them!

Most of them have experienced a tremendous amount of abuse, which is why they ended up at an adoption center in the first place.

Keep up with the photo booth project on the Humane Society of Utah's Facebook page!