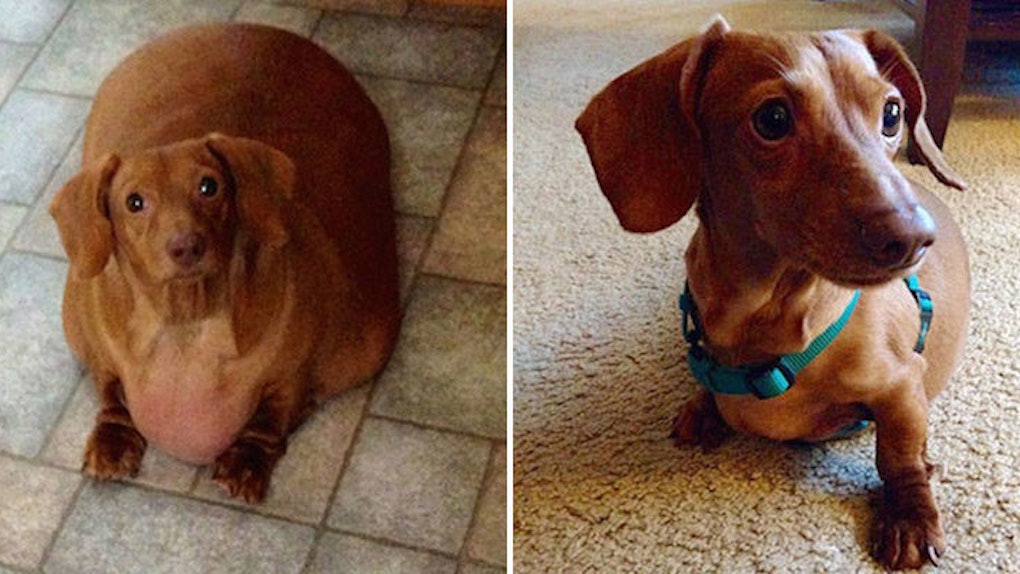 Losing weight isn't an easy task -- not even for this little wiener named Dennis.

We came across this little guy after his owner published his triumphant weight loss victory on Imgur. If you know anything about this type of dog, then you understand how one weighing 56 pounds is absolutely unheard of.

Wieners tend to have smaller frames and anything over 32 pounds is excessive for this breed.

That's why Dennis' massive weight gain was out of his control. Dennis' previous owner, from whom he was rescued, overfed him with unhealthy human foods like pizza and burgers.

This cruel act resulted in Dennis weighing way more than he should.

Fortunately, his current owner helped him lose 44 pounds and even got him a tummy tuck.

Check out the photos below for a closer look at Dennis' awesome weight loss journey!

Meet Dennis, the wiener dog who was rescued from an abusive owner.

His old owner would feed him unhealthy human foods on a daily basis.

According to his new owner, "He could barely walk a few steps without having to stop to catch his breath."

Over time, Dennis' current owner helped him lose a lot of the weight.

Dennis lost so much weight, however, he began tripping over his excess skin.

His owner decided to schedule him for a tummy tuck.