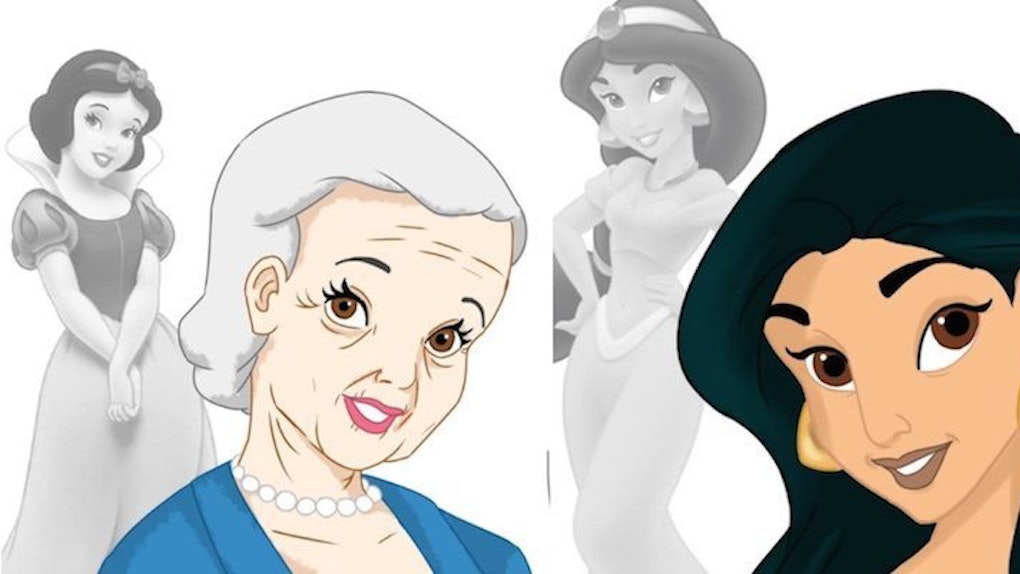 How long has it been since your favorite Disney film was released?

If your favorite Disney movie is any of the classics, it's been several decades!

To honor these awesome characters who helped shape the memories of our childhood, an artist posted illustrations of what Disney princesses would look like if they aged along with us since the release of the movies they starred in.

An artist who posts on the Life, Art and Times page on Facebook reimagined characters like Snow White, Cinderella and Belle, and the results are pretty awesome.

Now, we know what Snow White looks like as someone's grandmother!

Check out the different Disney princesses below.

Citations: Artist re-imagines Disney princesses to show what they'd look like if they had aged since their film release (Metro UK)