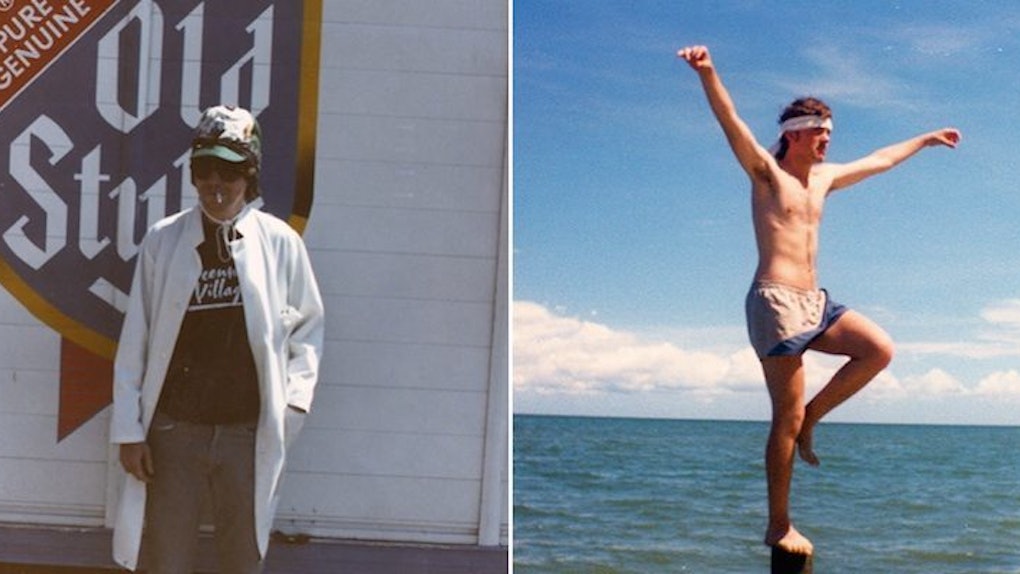 These Vintage Photos Are Proof Our Dads Were The Original Hipsters

Hipsters always claim to be the first ones to do something before it goes mainstream.

If you thought hipsters were the first ones to wear thick-rimmed glasses, listen to indie music and rock facial hair, think again.

Your dad was actually a badass hipster way before beards and flannel were considered lumbersexual fashion statements.

That's right, take a look at some old family photos and it's not hard to see your dad had the style, facial hair and attitude of a damn hipster legend back in the day.

Recently, the Tumblr Dads are the Original Hipsters set out to find some of the best vintage pictures showing dads just dripping in OG hipster swag.

All of the old-school father photos are pretty epic, not to mention hilarious, and prove dads were badass, bike-riding, whiskey-drinking urban woodsmen way before today's pathetic hipsters jacked their effortlessly cool style.

Take a look at the photos below to see these original hipster dads.

Your dad rode a bike back in the day.

Your dad drank Jamo before all those other guys thought it was cool.

He owned that intellectual look by rocking thick-rimmed glasses.

Your dad was into saving the planet before the Green Movement.

Your dad lived in Brooklyn before the gentrification.

And he's been going to indie rock shows way longer than you have.

Your dad partied way harder than you.

He was one of the "hot dudes with dogs" before the advent of Instagram.

Your dad's selfie game has been going strong since 1976.

He was into graffiti before it was called "street art."

Your dad did yoga way before hipsters made it popular.

And he's been rocking a sick beard since before you were born.

Forget Johnny Depp; your dad was the OG "Pirate of the Caribbean."

Your dad was an urban woodsman way before the lumbersexual trend.

And your dad has been rocking ironic t-shirts since the beginning.

Your dad was a DJ before they were called artists.

He drank cheap beer before PBR was trendy.

And your dad was a broke musician before the term "starving artist" became a thing.

He even made going to work look chill.

Seriously, your OG hipster dad was a damn legend.